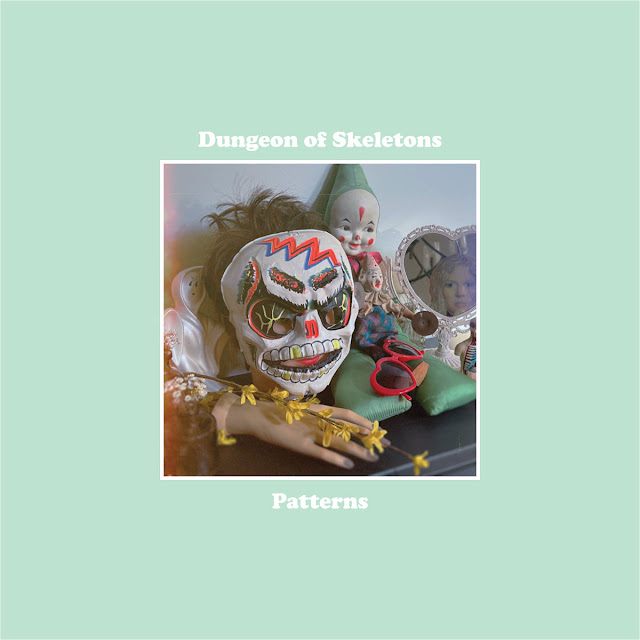 When I Don't Hear A Single started six years ago, this type of Guitar Pop was pretty prevalent, but in the intervening years this has become much less so. This isn't to be celebrated and so hopefully Dungeon Of Skeletons flag a return to the better type of sounds that came from this genre.

The base is very much ace 70s Pop Rock. big choruses, melodic joy and a gentleness that adds earworms to a comfy high quality Pop Rock. The album reminds me a lot of Somerdale's last album which was an IDHAS Album Of The Year, so that is certainly a complement.

Whereas Somerdale have an edge at times, there is less of that here, but the Nashville quartet are superior at mastering 60s Sunshine Pop. Every song could be a single and the hooks are everywhere, aided by some killer multi harmonies.

The Sunshine Pop sounds more California than Nashville, but is beautifully done and Justin Kline's vocal suits the material splendidly. When the band do let loose a little. such as on Daggers, New Wave springs to mind, even Glam Rock and that adds to the variety.

Song Of Love / Sun & Moon is very 60s and is a little Explorers Club like, but gets a little spacey in the second half and Nobody Cares, Try Again even gets into Monkees territory. I Tried And I Tried is a short closer with a splendid almost acapella vocal and a barrel piano ending.

Turn The Key is fine Power Pop and it is the likes of Gonna Be Alright (with its Guitar breakouts) and Valencia that will grab the Power Pop fans most with their toe tapping singalong joy. Doom And Gloom has been around a while and is as Carpenters as Carpenters can be. Patterns is a wonderful chirpy feel good listen all the way through. Highly Recommended!

Posted by Anything Should Happen at 23:59

Email ThisBlogThis!Share to TwitterShare to FacebookShare to Pinterest
Labels: Dungeon Of Skeletons