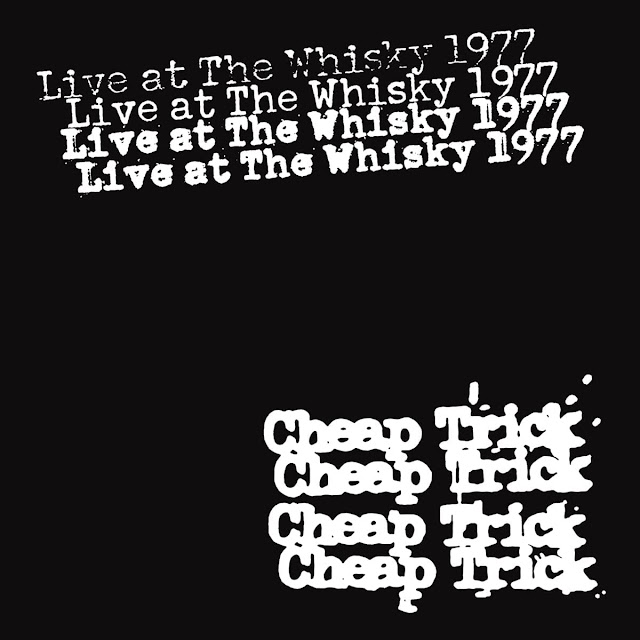 It seems a bit careless to limit this 4 CD Set to just 2,000 copies as it is already sold out most everywhere. That is the only negative thing that I can find to say about this unless Real Gone Music can reprint. Here's hoping they can, because this is something to own.

The shows have gained a legendary reputation and rightly so. Cheap Trick were in the process of recording In Color, their second album and about to go on a Summer Tour supporting Kiss and used the shows as a sort of warm up for both.

Fortunately, the Record Plant's Mobile Unit One was on hand to record four of the five sets. The Early and Late Shows from the 3rd and 4th of June are here in their entirety. The set lists vary and Cheap Trick are incendiary.

The following year's At The Budokan meant that these recordings weren't released, but this is a very different band, seemingly more hungry. Budokan may have made Cheap Trick's reputation, but it was a glossed up affair that presented the band's most commercial songs in 10 Pop Rock nugget form.

Here the band sound more Punk or Garage Rock with suitably noisy raucous performances. Less stage craft, but far more balls, these shows are a revelation. Robin Zander is on top form, a little more shouty and it matches the instrumental takes. Rick Nielsen is as unique as ever, but seems to revel in the heavier format and what a Rhythm Section Bun E.Carlos and Tom Petersson are.

These storming versions of songs that are still very much a part of their live set in many cases. It is also ace to hear them cover The Move's Down On The Bay revealing an ongoing Roy Wood fascination. I first saw the band live on the All Shook Up Tour in 1980 and they were LOUD, but nowhere near as urgent as this.

As a fan of the band since buying In Color as a 15 year old, I've stuck with them through thick and thin out of loyalty. Before their more recent return to form, there have been quite a few downs, but I'd never ever quit. I owe them the loyalty of those early albums and this set goes a large way to explaining why.

The album can be bought on the Real Gone Music site here. RGM will notify you when its available again.

Posted by Anything Should Happen at 19:37