Partner - In Search Of Lost Time 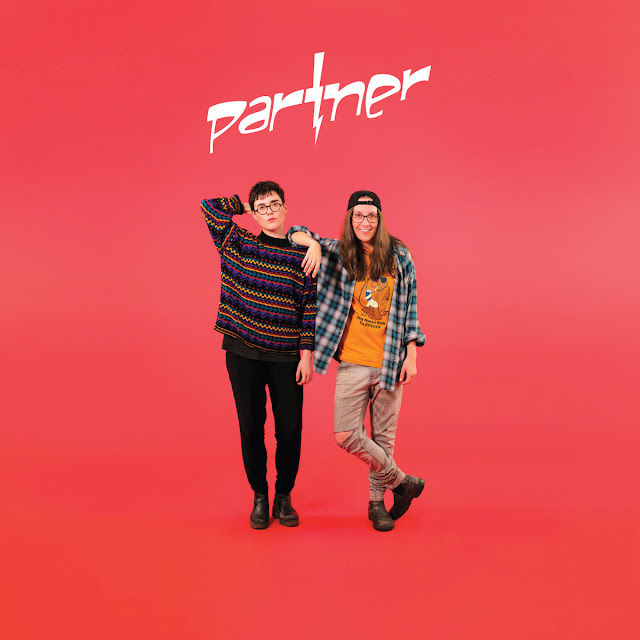 Throughout the second half of the 90's onwards, I have been extolling the virtues of Alisha's Attic. A lot of my circle thought I was mad, that I'd lost all my Rawk credentials and it'd be The Spice Girls next. They are still wrong.

Too many people associate AA with the cooky I Am I Feel, when they are a duo who got better and better and their third album, The House We Built is an absolute pop masterpiece, Pretender Got My Heart being the best single that people will never hear.

I mention Alisha's Attic, not just because Partner are a female duo, the Pooles are sisters, Josee Caron and Lucy Niles, are not, but the spirit of that UK duo is never far away from my thoughts as I listen. They are certainly a more rocked up version, but that dual vocal works in a very similar manner.

I've seen the Canadian duo compared to The Breeders, Green Day and Dinosaur Jr. I don't hear anything like that here. Partner are more like a higher fi version of Ween, certainly the wit is there. People will obviously look for female comparisons, but there aren't many around.

Gross Secret is very Alannis Morrissette in structure and vocal, Creature In The Sun is a bit KD Lang, but these songs have far more in common with early Weezer and one thing that isn't in doubt is that Caron can play Guitar. It's this Lead playing that takes Partner on to another level, bordering on the Power end of Power Pop.


The solo on Remember This is blistering. The album does lose a bit of steam, but that's only because the front half is so strong. Opener, Everybody Know is a classic example of how to write a Pop song, hooks, an almost rap on the verse and a guitar solo to play on your tennis racket.

Comfort Zone is pure Weezer, Angels From Ontario reminds me of that third Alisha's Attic album until it goes all wonderfully rock out. There's also real wit in the lyrics, particularly on the likes of Daytime TV.

In Search Of Lost Time is an astonishingly accomplished debut album. This is great great Pop, I can't wait to hear more from the band. Well done all. You can listen to and buy the album here. You should!


Posted by Anything Should Happen at 21:04

Email ThisBlogThis!Share to TwitterShare to FacebookShare to Pinterest
Labels: Partner