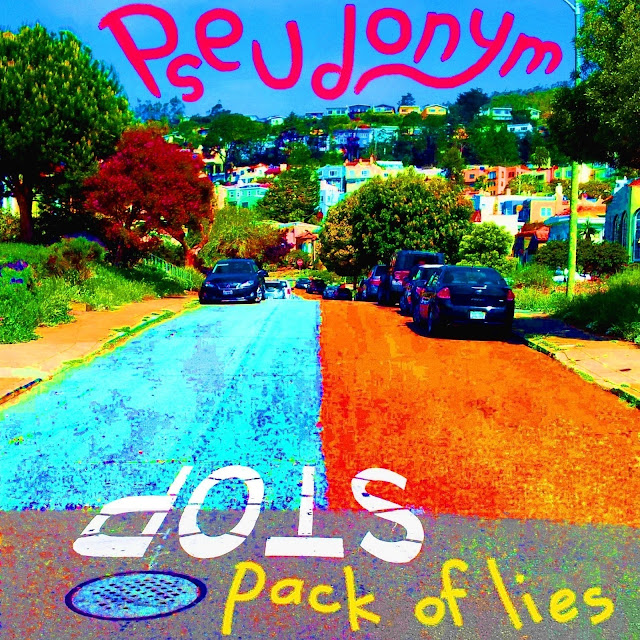 San Francisco based Paul Desjarlais is Pseudonym and Pack Of Lies is further proof of what a talent he is. The album was released at the start of this year, but gets a well deserved boost by the physical release on the Kool Kat label.

There's a couple of things to note. Firstly, the album is incredibly well produced for what is essentially a home recording. You wouldn't know this was a solo affair if you were not told so, it feels very much like a band album.

Secondly, forget about the San Francisco label, Pack Of Lies' influences and sound is largely far afield from there. There's more than a hint of a laid back Manchester vibe, particularly on Only Life. Don't Leave Me This Way is reminiscent of Chris Rainbow and this continues on songs like We Had A Deal and the acoustic folk of She's Upside Down.

That's not to say that this all laid back harmony, the opener I'm Fine is Slow Power Pop and Lorraine is like being back in my beloved Paisley Pop world. Round And Round has a Stiff Records like Bass Feel, you can imagine Nick Lowe in the room.

Someone Like You and Tragedy hark back to a much earlier age, late 60's, a sort of trip Simon And Garfunkel. Foreign Talk could be a sped up China Crisis. There's enough variance here to keep everyone interested.

Desjarlais's vocals leave little scope to rock out, but this is a good thing. Pack Of Lies is like one of those great Mid 70's Pop Rock albums, once uncool, now essential listening. Beautifully assembled, this is a laid back joy.

You can but the album at Kool Kat here. Alternatively you can listen to and buy it as a download here. I'd have to say that this is an album you'd want physically in your hands.


Posted by Anything Should Happen at 13:26

Email ThisBlogThis!Share to TwitterShare to FacebookShare to Pinterest
Labels: Pseudonym