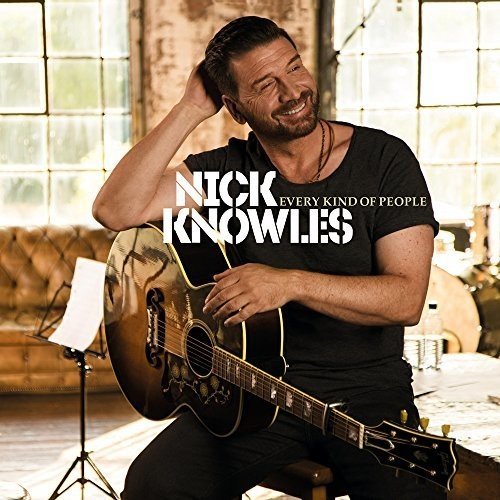 When I started IDHAS, I stated that I'd only review things that I liked. I'd wrote some cracking bad reviews in the past, but it's much easier to write something negative. But I felt that I wanted to celebrate what was good and ignore what was bad. So if I don't particularly relate to something, I don't review it.

For the Nick Knowles album, I make my one and only exception. It's brought a whole new meaning to the word music. It is as though he's got someone else's teeth in whilst singing these songs. Even Karaoke singers find it hard to ruin a song as good as Andy Fraser's Every Kinda People. Nick manages to do just that.

Nick says that not a lot of people know that he plays guitar and sings, sadly they still don't. I've no problem with TV Presenters making albums if it means people go out and physically buy albums, this though should earn Andy Fraser 37 and a half pence.

The Universal PR person was obviously pissed when they wrote about Nick's rich timbre lending itself to crisp dark nights and roaring fires. Warning Kids! Do not put CDs on the fire. The promo video above has surely been directed by Ricky Gervais. His Mid Atlantic vocal is straight out of Billinge Labour Club 1976.

Nick obviously wants to be Robert Palmer as he has form for this as you'll see below. The one good thing about the album is that it only has eleven songs on it. Also, at least his version of Every Kinda People is not as bad as his version of Here Comes The Sun.


I was so outraged about this album that I will be returning it to B and Q tomorrow to steady that wonky French Dresser by the door.


Posted by Anything Should Happen at 22:23