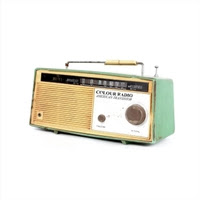 Steve Eggers and Bill Majoros were a marriage made in heaven in my eyes. In fact I often have dreams in which they are in a Supergroup with Andy Partridge and Jason Falkner, but enough of my fantasies. On his third outing in The Nines, I still expected that at some stage Majors would turn the band into an Oranges And Lemons era XTC.

Although you get the odd sign of this in for instance, the solo on Maybe If You Stayed, the XTC connections are lesser if you except the chorus hooks. Whereas The Nines started as a sort of cross between XTC and ELO, leaning more towards Partridge, here they are very much more in Lynne Territory.

I remember Lennon saying in his latter days that if The Beatles were still around they'd sound like ELO. At the time, the outcry was deafening, it would be interesting how that would be taken today with Lynne's stock being so much higher. It would be nearer to say that if they were around now they'd be The Nines.

Unlike the previous album, Alejandro's Visions, reviewed here, Colour Radio is far more in traditional Nines Great Pop territory, in fact Eggers's voice is in fine fettle. Straight off with the opener, Crazy Little Girl, the song is all ELO hooks and harmonies with a vocal similar to Jeff Lynne's shouty On The Third Day era.

The McCartney Pop of Maybe If You Stayed has that incredible Majoros solo and again ELO like harmonies. But it's not all Lynne references and there's still XTC nods. We're Alright is classic Partridge and Majoros does his Dave Gregory bit to perfection.

The ballad, Guess I'm Crazy, is pure Eric Stewart and The Nines go funky with You Can Get More Than This with it's great keyboard solo. It doesn't always work, In Our Younger Days is a corker of a song spoilt a little by the Kelly Groucutt chorus.

That's a minor quibble though. For A Lifetime is in Peter Skellern territory, a good thing. Don't Be Losing Your Game is a kind of dancing Andrew Gold and he's nicked Peter Frampton's gizmo. I'm Lucky is one of those ballads that Macca should write and doesn't and hasn't for a long time.

To close it all, we have the Christmas song, Believe In Christmas. Unlike my friend Stephen Schnee, I wouldn't care if I never heard a Christmas Song again, all that forced jollity and celebration of the twee. It's a fine ballad, if a little sickly. But I'll forgive anyone who can write as great a piano romp as On And On She Gets By.

Colour Radio is a great pop album. The Nines are battling with my beloved Rush as my favourite Canadian band. Same again next year please Steve and Bill, can we have more Foreign Films soon. The album is available everywhere. You can listen to additional sound samples at CD Baby here.


Posted by Anything Should Happen at 19:49

Email ThisBlogThis!Share to TwitterShare to FacebookShare to Pinterest
Labels: The Nines