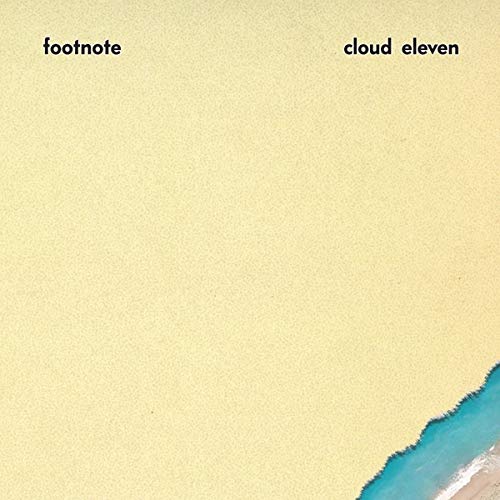 Power Pop seems to be in two camps, the 90's led largely by releases after the Jellyfish debut and the 60's - 70's, the 80's get little mention, but that's another story. New bands and albums are then generally compared to one of those two periods leading to endless arguments over if it is Power Pop and if so who does it sound like.

This may say seem inconsequential in a review of Cloud Eleven. However, I believe all fans should enjoy Melodic Pop whether it's New, Old or Older and Cloud Eleven fit into all three. They arrived in the Not Lame Years, sound like the 60's - 70's yet release relevant albums now.

I've been meaning to review Footnote for a while and so I finally do. Released in May this year, it is everything that you would expect from Rick Gallego, melodic. laid back and harmony driven. You really wouldn't want it any other way. Bedroom Headphone listening for the Wondermints fans.

I certainly don't put the album down, quite the reverse, Footnote is wonderful, beautifully put together with big sweeping sound and complicated harmonies. There's also a really intimate feel when a song is stripped down, particularly on the splendid Skywriting.

Your Mind's Eye shows how to orchestrate such a song, Same Sky is top notch Mellotron led Psych Pop. The Title Track, Footnote, has a fine arrangement to accompany the brooding feel. Aural Illusion sounds like something off an Alan Parsons Project with a fantastic Psych Out touch.

Cloud Eleven's self titled 1999 debut was a revelation and Gallego has never disappointed since. He makes ace sounding albums, expertly arranged and harmonic joy. His albums are song cycles. Long may this continue. Footnote is a splendid listen.