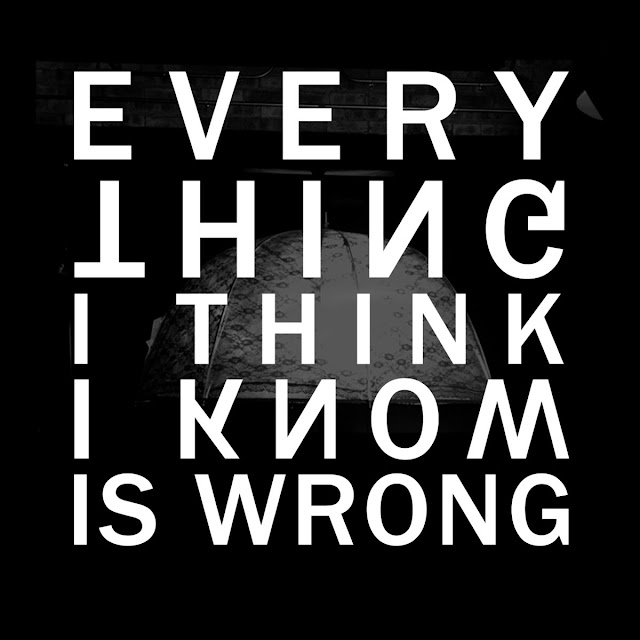 I'm not quite sure why Chicago's Liz + the Baguettes haven't been covered on IDHAS before, particularly with the strength of this year's Highway Gothic album, another offering that you should get your lugholes around. It's time to remedy that with Every Thing I Think I Know Is Wrong.

Originally released in 2015, thus was before IDHAS's time, but the remaster allows a revisit and yet again the quality of Liz Bagby's songwriting stands out most. Whether the song is straight ahead or more stream of consciousness lyrically, every one hits the spot.

Firstly the remastered version here has been really worthwhile, there was nothing wrong with the original, but this revisit has brought out the quality of the songs more so. The addition of four songs from the same Recording Sessions is welcome, but this was already an exemplary album.

There is a real Chrissie Hynde feel that washes over a lot of the album. Bagby's streetwise sassy vocal is at its best when it's all attitude, but there are also a lot of different directions taken. The band are as comfortable with the Garage Rock of Get Out as they are with the Country of Whiskeyboots.


It's this variation that makes the album so listenable and the band so hard to label. EITIKIW has always seemed an album of two halves. The back half is far more acoustic, more ballad led with the likes of the Jazzy, Whatever, I Know and the weeping Sleepwalker. This complements the much noisier front half.

Candy is about the best of the four additional tracks, a real clap along. However, it's the sass that gets me most. Like is a wonderful thing, all attitude and the title track is more of the same. Hookup Song is another in a similar vein, but a bit more Alisha's Attic.

Everything I Think I Know Is Wrong was already a splendid album. This remastered version makes it even better. It should be added to your collection forthwith. You can listen to and buy it here.

Email ThisBlogThis!Share to TwitterShare to FacebookShare to Pinterest
Labels: Liz + the Baguettes