B-Leaguers - Death Of A Western Heart 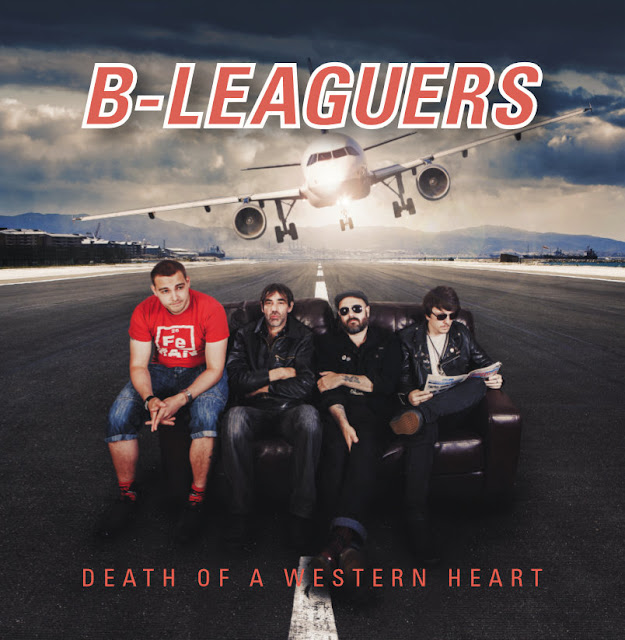 I first came into contact with James Styring as leader of Lincoln's excellent The Popdogs. The band's mini album, Cool Cats For Pop Dogs is a fine Power Pop offering and Live, the band took on a further dimension. You can listen to The Pop Dogs here.

Whereas The Popdogs were more straight ahead pop, James's new venture, B-Leaguers conjure up much more crunch, a rockier, maybe punkier sound and it certainly plays out well. Styring's distinctive pop vocal is still there, but the band are a much meatier affair.


The band remind very much of late 70's New Wave and that can vary between UK on Amnesia and Lemonade. Both songs provide stomping melodic rock and both contrast vividly with the closing Bass led strum of Rise And Line.

I like them best when that melody takes hold. The two tracks that I've put up here are examples of that, a real commercial slant that should bring the band many more fans. Death Of A Western Heart is a really accomplished debut mini album and I'm looking forward to hearing much more.


You can listen to and buy the album here. You can also find a link there to buy the album from Ray at Kool Kat Musik. Ray is one of the great supporters of Power Pop Bands.


Posted by Anything Should Happen at 17:21

Email ThisBlogThis!Share to TwitterShare to FacebookShare to Pinterest
Labels: B-Leaguers