The Jigsaw Seen - The Discriminating Completist 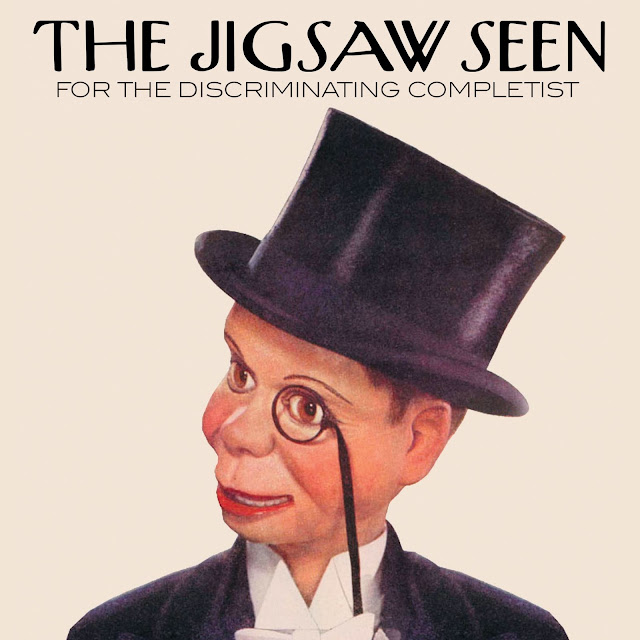 I first discovered Jonathan Lea and Dennis Davison in 1994. As a Material Issue fanatic, I'd read that they were going to be on a Bee Gees Tribute album. I've never been that fond of Tribute albums, I've rarely seen the point, but I bought that and it was a revelation. Melody Fair is probably the best album of it's type, the quality of the songs and the artists who covered them.

Lea and Davison produced that album and I was so enamoured with the content that I wanted to find out more about them. Finding out that they were in The Jigsaw Seen, I managed to get hold of the My Name Is Tom EP and I've never looked back since. Los Angeles's finest have never let me down. They are one of the great Psych Pop bands and now the quality has never let up.


The cover of Melody Fair is here and a wonder it is too. It is included as one of 12 songs in this Rarities collection. Their new single is included (above) and their first single, Tom Currier and Teddy Freese joined the band in 1993 and all four have been a constant since.

Songs Mama Used To Sing remains one of my favourite albums ever and I've been delighted that the band have been fairly prolific in the past few years. The four albums since 2010's Bananas Foster have all been top notch. They are masters in their field.

So here is a fantastic opportunity for the people who picked up on the band more recently to own these rarities and for older fans to get hold of these songs and not bust their wallet. I'd also add that people who trust my opinion can dip in here as the whole collection stands up in it's own right.

In these harder times for bands, The Jigsaw Seen have also been inventive with their marketing, including a fairly unique subscription service which provides back catalogur, future releases and exclusive items. You can find out about that here.


The album is available to buy as a download everywhere. My preferred method is always as a CD, which you can buy here. You can find out more about The Jigsaw Seen here.


Posted by Anything Should Happen at 17:10

Email ThisBlogThis!Share to TwitterShare to FacebookShare to Pinterest
Labels: The Jigsaw Seen