Benny Mardones And The Hurricanes - Timeless 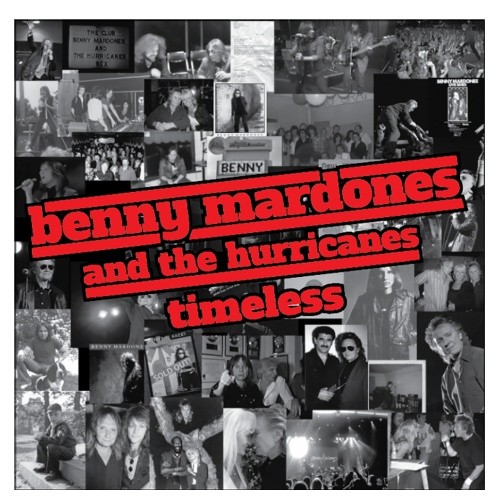 You know that feeling that you get when an album catches you completely by surprise, well this is definitely one such album. I knew of Benny Maradones only for the AOR standard, Into The Night, a song I'm not that fond of. So I approached Timeless with a bit of trepidation.

Well Timeless is nothing like AOR, it's an absolute stormer of an album. Maradones was cleaning out his storage unit in Woodstock when he rediscovered some old reel to reel tapes with demos that he and DL Byron had recorded when they played together.

Having restored the tapes, he decided to record some of the songs with his current band, The Hurricanes. He also added some new songs, written with Into The Night co-writer, Robert Tepper. The Hurricanes are a cracking band and have helped produce a laid back gem of an album. Technically excellent, riffs a plenty, the album hits a groove that never lets up.

The vibe reminds me of Ian Hunter's Rant Band, it's absolutely splendid. The title track has a killer riff and Me And Johnny Red is one of the best songs that I've heard in recent months. I'm loving the album. Power Pop it isn't, but if you like the likes of Ian Hunter and how the Rant Band have made his songs lower key but just as memorable, then you'll love this. I certainly do.

You can buy the album at the likes of Amazon here. You can find more about Benny here. This album certainly caught me by surprise and I'm well pleased about that.


Posted by Anything Should Happen at 15:39

Email ThisBlogThis!Share to TwitterShare to FacebookShare to Pinterest
Labels: Benny Maradones And The Hurricanes