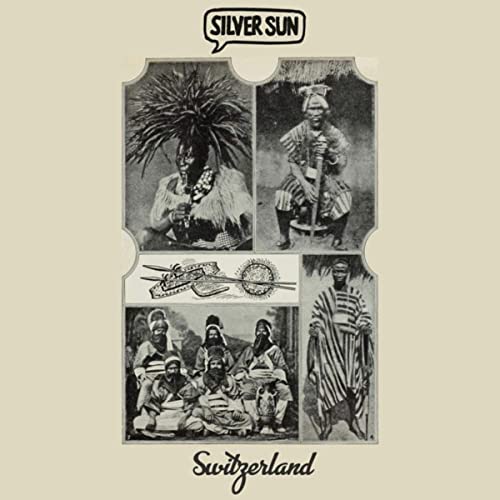 There were plenty of splendid Pop Rock bands in the 90's, particularly during Brit Pop and after. Most were at the edges whilst the Jarvis / Gallagher / Albarn attention seeking made all the noise. I can think of few great UK Power Pop bands from that time. Bands may have dabbled with the odd song, but, for me, Silver Sun were the nazz. With the exception of Ash, who you suspected wanted to be pop metal, the band were the main challengers to what was going on in the States.

Those first two Silver Sun albums stand up against any Power album of the time. Only Tsar's debut comes close. Those albums produced two of my favourite singles ever, Golden Skin and I'll See You Around. There are also two inspired covers from that time. Too Much Too Little Too Late got a lot of attention and the cover of Rush's Xanadu, condensed into 4 minutes is inspired.

There have been two albums since the self titled debut and Neo Wave, one was recorded by James Broad alone, the other was by the band. We've also had The Bullets. However, Switzerland feels like the third album proper, it is certainly just as good as those opening offerings. The original band play on Earth Girls Are Easy and Original Girl, the rest is Broad solo. This wasn't the plan. After the 2017 Reunion, supporting Sleeper, a band album was planned. But eventually Broad recorded the rest alone.

It really is like Silver Sun have never been away. Massive choruses, killer riffs and solos and wall to wall melody are packed into 30 minutes. Original Girl is most like the early days, but any of these songs wouldn't be out of place on their early albums. Needle In The Ball Pit has a Chucklevision-ish chorus, but the song reminds you how great Silver Sun were at pace.

Love That Body crashes into Ash Territory and God Room is The Ramones go Power Pop. You can imagine the latter being a Theme Tune for a Kids TV Show. Chain Of Command is pure UK New Wave and Over Me At All is a killer sing along joy.

Switzerland reminds me a lot of that first Tsar album with its hooks and pace. There is a rare coming up for air on Photograph, a slowed down wonderful song that fully demonstrates Broad's melodic strength. Switzerland is the best Power Pop album that you will hear this year, it may very well be the best album of any genre.

You can listen to the album here (plus all the other streaming sites) and buy it from everywhere. You really should!

Posted by Anything Should Happen at 18:16