The Mommyheads - New Kings Of Pop (Name Your Price) 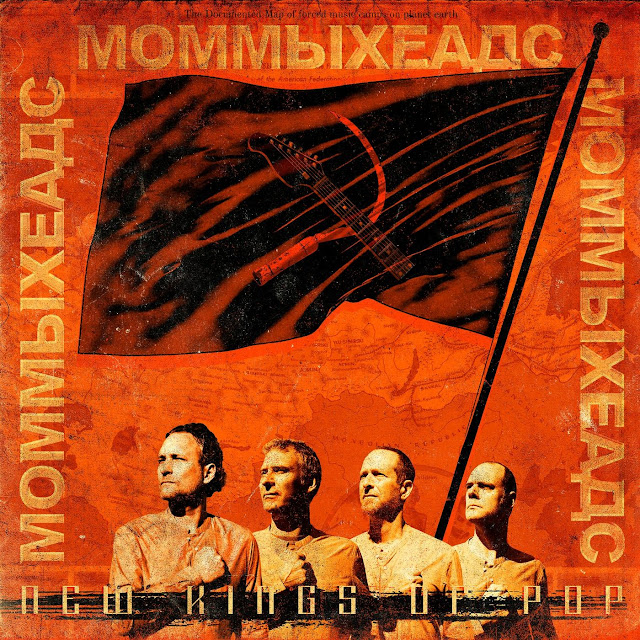 From our Anything Should Happen days onwards, we've always been fans of The Mommyheads. That's continued on into I Don't Hear A Single. The band's last album, Follow You, was in the IDHAS Top 20 Albums of last year. You can read that review here.
For a band in their fourth decade, they continue to burst with originality. They also remain hard to define, sound wise. Essentially, Pop Rock, but with heavy hints of Psych Pop and Prog. Every album throws up surprises, some commercial, others not, but the arrangements are always top notch.
The Title Track sounds so Sheer Heart Attack era Queen, yet Speck Among Giants is Prog Pop, think King Crimson with a Jon Anderson vocal. Forensic Hero Deconstruction is a tad Peter Gabriel, but also compares with some of the better Prog, think Steven Wilson.
Out From Under The Glass is more like older Mommyheads and a more melodic Radiohead. Focus Group is a world weary, melancholic, largely acoustic wonder of a song. Speaker Heart is another Acoustic led cracker but starts as a Psych Out.
The whole feel of New Kings Of Pop is one of Prog Pop. Gone are the days of messing about with synths, even the Indie XTC comparisons are long gone. This is a splendidly arranged album that may take repeated listens, but well worth the effort.
The band always surprise me, in fact I hope and expect them to, but this is truly wonderful. High Class Intelligent Pop is becoming harder to find. You have it here and with the Bandcamp Name Your Price offer, what have you got to lose? It seems fitting to end with a band who rarely disappoint. Highly Recommended!
You can listen to and buy the album here.
..............................

Posted by Anything Should Happen at 21:49

Email ThisBlogThis!Share to TwitterShare to FacebookShare to Pinterest
Labels: The Mommyheads