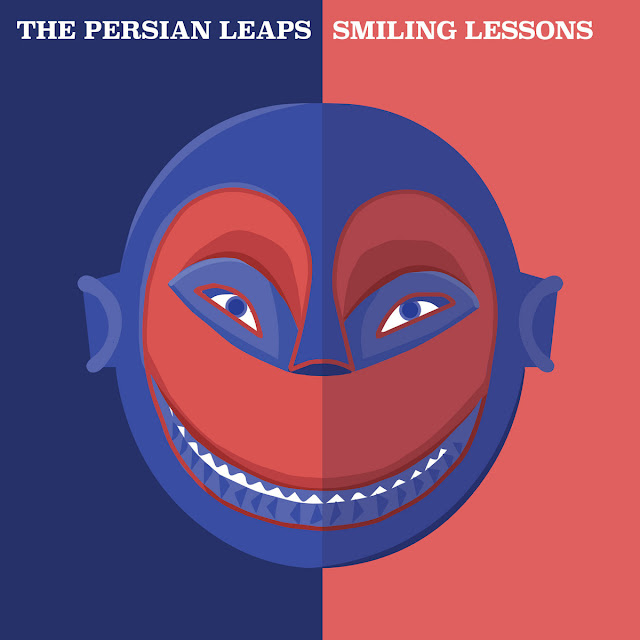 The Persian Leaps return with a 7 song mini album that is as chipper as ever. Drew Forsberg remains one of the great Pop Rock songwriters of recent times and Smiling Lessons only enhances that reputation. This is a splendid listen.

The band has always inhabited a riff led world, residing somewhere between Tommy Keene and Cotton Mather. What marks Fosberg above many peers is the lyrical depth of songs combined with the unusual varied subjects.

The Guitar is suitably upfront, the vocals are easy on the ear and the songs remain melodic, built on killer hooks. Every release adds a couple of absolutely killer potential singles to the band's back catalogue and here is no exception.

Lost Cause is a superb slice of 60's UK Beat with Psych Pop overtones, whilst Spoon-Fed is the stand out offering with an absolutely addictive chorus. The latter reminds me of a much poppier Diesel Park West. It could very well be one of the best songs of the year.

Chamberlain is much more up and at 'em, much looser than the rest of the album and Patience is top notch Psych Pop. The Entertainer crashes in like a song by The Motors, yet the feel is more second half of the 80's UK Indie. There are even hints of early Teenage Fanclub.

Smiling Lessons is an exceptional affair. My only regret is that I wish it was longer. It has often been said that if The Persian Leaps had been releasing albums three or four decades ago, they would be living on Tropical Islands now. That's no reason to ignore them now. Essential Listening!

Email ThisBlogThis!Share to TwitterShare to FacebookShare to Pinterest
Labels: The Persian Leaps