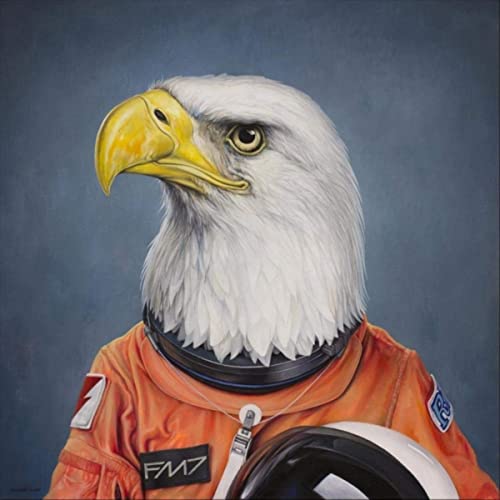 Rotterdam's Giant Eagles' second album is wonderful 80's Pop Rock. It's awash with harmonies and riffs with more than a side order of synths. All the more surprising is that the band are a Dutch Supergroup of sorts and the members are known largely known for Pop Punk.

Second Landing is a cross between 80's Blue Oyster Cult and Secret Messages era ELO. The production is huge, the synths are a wall of sound, think The Motors' Tenement Steps album and the songs have choruses that catch you hook line and sinker.

All this might sound a bit cheesy, but I can't remember hearing this type of Rock being done so well, since it was all the rage. This was Pop Rock that adorned US Teen Movies and sold in bucket loads. It became unfairly unfashionable. Great Pop is Great Pop and this is just that.

There are hints of Pop Punk at times in the Verse Rhythm Guitar, but the riffs and the solos, as well as the choruses are, if anything, more Power Pop. The album is great foot tapping fun, a real much needed chirp up for 2020.

Everything is so damn infectious and Evil Robot Nation could easily be a Time album outtake. I Don't Love Nobody is UK New Wave and Anaconda is very Go-Go's-ish. Spellbound could easily be on Fire Of Unknown Origin.

Second Landing is an album to be enjoyed and not taken too seriously. The songs never outstay their welcome, 12 in 33 minutes. You'll be surprised at how easily you get hooked. I loved it and can't wait for more.

Posted by Anything Should Happen at 22:12