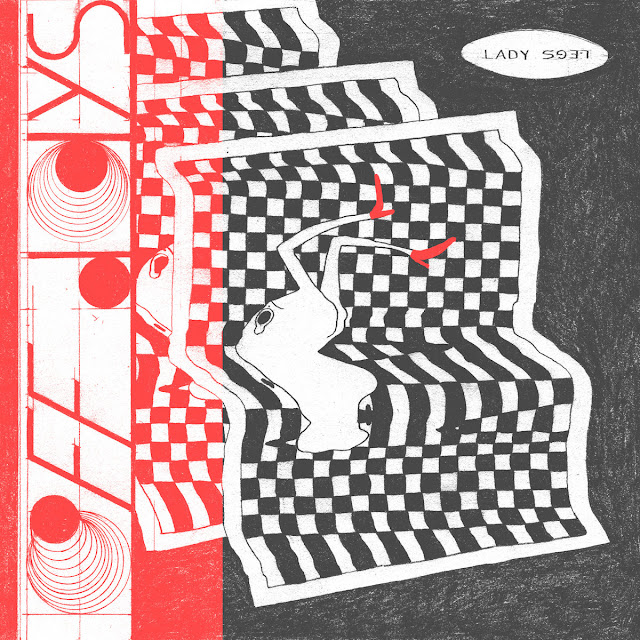 Darrin at Subjangle reviewed this in June and I was really tempted to just copy and paste his review and say he'd copied it off me. He apologised for being 2 months late, well I'm six months behind with it. Rather that than one of these "have to be first" types who revel in their PR copy and paste reviews. But they are first, bless 'em.

I have a habit of listening to the second track first when potentially reviewing and City Slickers is a wonderful affair that is a bit Iggy goes to Camden, so I put it aside and got caught up in other stuff. I meant to return and eventually did.

I'll be honest and state that it took me a while to get into Off Days, but it was well worth the effort. The album may be the thing that I've played most over the last month. Most of the album is very different to City Slickers and I've seen plenty of Strokes comparisons, although I don't see that at all. Having said that Idle Hands is a corking song and does sound a bit like a cheerful version of The Strokes.

Off Days sounds like vintage Manc Baggy, yet Wasted Emotion could be Echo And The Bunnymen and the solo on Off Days could easily be Will Sergeant. Tell Me is splendidly noisy, almost a Jam, almost Psych and Run With The Fade is UK Beat, veering towards The Kinks.

Quit Bringing Me Down is a wonderful opener, very reminiscent of Pulp and the moody meandering closer, Slippin' is mesmerising. A special mention too goes to For You, the second example this week of unexpected Pedal Steel shining out of a song.

The arrangements here are exceptional, unexpected twists and turns without ever being flashy. Off Days does sound more UK than US. If only a UK band could come up with something as good. This is a storming album that gets better and better each time you listen. Highly Recommended!

Posted by Anything Should Happen at 22:50