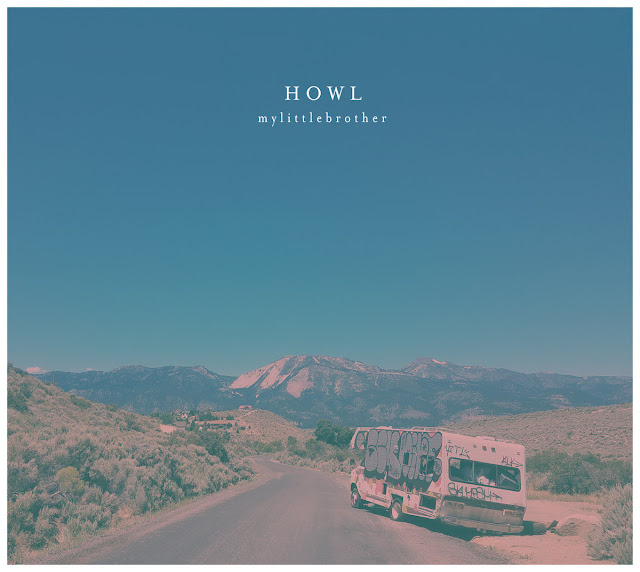 It has been six long years since If We Never Came Down and I've been waiting anxiously for the delayed follow up and now here it is. mylittlebrother also become the latest addition to the Big Stir stable. Well the band are West Coast after all.

The Cumbrian quartet don't disappoint, although this is a darker album and that makes the band even harder to pigeonhole. Will Harris's songs appear far more personal, almost like the song writing has been a release, an unburdening of the soul.

Although this makes the album reflective in tone, it doesn't mean that the songs are dour, far from it. Harris's vocal is plain, but incredibly effective. How do you describe a band that sounds like Lindisfarne one minute and The Beautiful South the next?

There are hints of Country, Folk, Americana and West Coast Rock, but essentially it is Pop that holds it all together. Songs have unexpected twists. Chicago is three songs in one and The Start begins as a singer songwriter piano ballad and ends as an anthem.

Responsibility is pure pop, whilst Janey is haunting West Coast Psych Pop with a country tinge. Howl is an awesome song, great 70's Pop Rock. Goldmine even has a disco riff, it's a bit like The Eagles doing Saturday Night Fever until the chorus just throws words at you in a melody fest.

Howl isn't the normal thing you expect to hear from a UK band. The album is a triumph, but may take a little more time than usual to fully hook you. Beautifully played and arranged with unexpected twists. There are only two songs available to stream until Friday's release date, so I'll add Chicago over the weekend as that is a song that you must hear.

You can buy the album from Big Stir's site here and on Bandcamp from here or here.

Posted by Anything Should Happen at 22:09