The Happy Fits - What Could Be Better 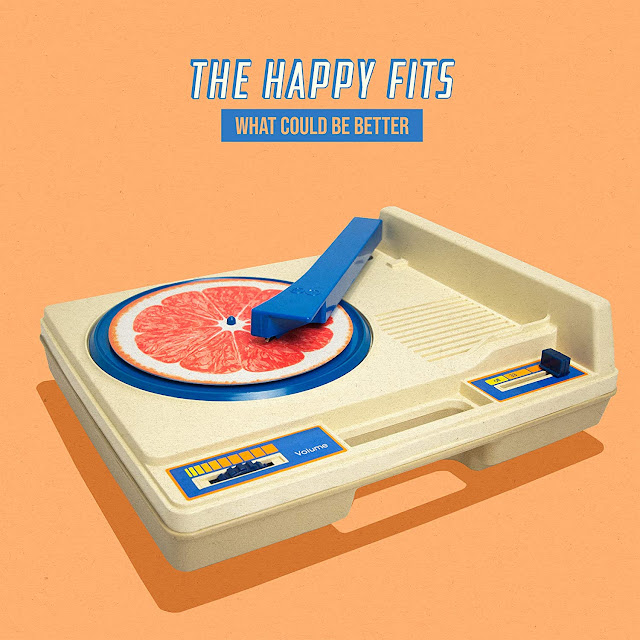 One of the frustrations with the type of music that I cover is the lack of younger artists playing Guitar based Pop. Indeed, a little part of me lights up when I hear an outstanding album from a band much younger than me and the IDHAS audience.

The last wave of such species was probably with Busted and McFly, both bands that were not that original, but were bringing the genre to wider, with even more female, audience listeners. So I'm delighted that these three Jersey Boys master the genre. This is really intelligent Pop, far more clever and original than either of the mentioned bands could muster.

Not only do they master it, but there is far more here than you could ever hope for. There is a a lot to admire in an album that offers up great arrangements, both instrumentally and vocally, plus plenty of unusual twists and turns. There is plenty here for the Intelligent Pop brigade, something I don't say too often.

The general feel though is an Indie one. Guitar riffs and vocals that remind me of Franz Ferdinand or even the better bands in the third wave of Merseybeat during Brit Pop. It is allso hard to believe that the trio are American as the album sounds so British.

Both No Instructions and Hold Me Down are wondrous songs, particularly the former which has so much in it. Get A Job is up and at 'em in a Kaiser Chiefs sort of way and Sailing has a real maturity, incredibly laid back, almost Southern Rock balladry. She Wants Me (To Be Loved) borders on Maroon 5 and Moving harks back to American Diners in the late 50s / early 60s.

The string arrangement and vocal harmonies on The Garden and the title track sounds like a big UK Beat singalong ballad. Go Dumb is top notch down and dirty club beat. The standout take here is that What Could Be Better handles variation so well and with so much energy. It is one of the better things that I've heard all year.

Posted by Anything Should Happen at 21:34

Email ThisBlogThis!Share to TwitterShare to FacebookShare to Pinterest
Labels: The Happy Fits