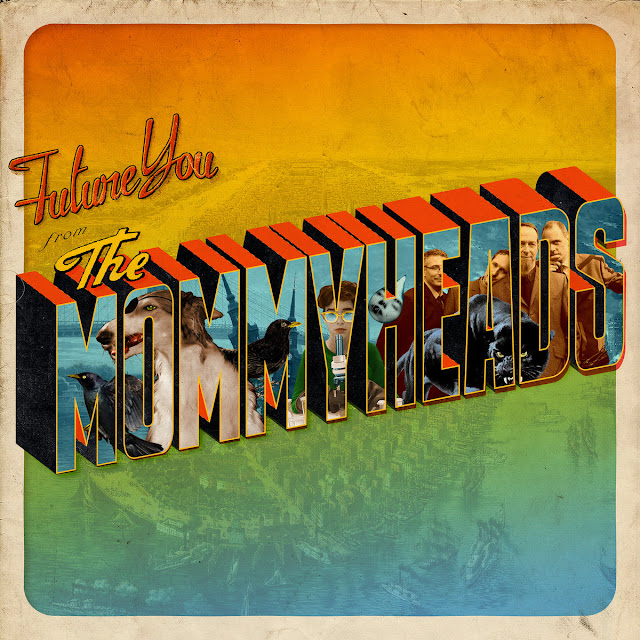 There constantly appears to be a theme with great Pop Rock bands of the 90's in that they build a loyal following, get signed by a major label and within a year or two they are no more. A lot of this is labels who sign a band because of what they are good at and then strangely try to change them into what the label thinks they should be.

It is a bit like meeting a partner and being smitten, then getting married and then trying to alter everything you loved about them. Why? The 90's is littered with examples. In The Mommyheads case, why on earth would you want to mess about with a band that produced an album as good as Bingham's Hole.

Thankfully, the band are back and in incredible form. Listen to Mutual Enemy, a song as good as anything you will hear this year and weep at the largely lost last 20 years. Future You is an album that enhances the Mommyheads reputation.

Eldsjal is a magnificent sprawling moody affair that continually breaks out into a Deep Purple-esque affair. Two versions are included here, the English and Swedish versions, the latter sing by Edward Forslund of Riddarna. Life In A Bubble even borders on Prog.


I'm reminded a lot of early Radiohead here, the time when they wanted to write songs than extended nonsense, but that's not the decry the splendid song structures here. The whole album is a real mix of the complex and the catchy.

Woke Up A Scientist edges towards Queen and The Hound is pure US 90's College Indie. Future You is a fantastic listen. After the start stop of their return over the past decade, let's hope they are back for good. The Mommyheads are far too good to be kept on a shelve.

Email ThisBlogThis!Share to TwitterShare to FacebookShare to Pinterest
Labels: The Mommyheads