Green Buzzard - Amidst The Clutter & Mess 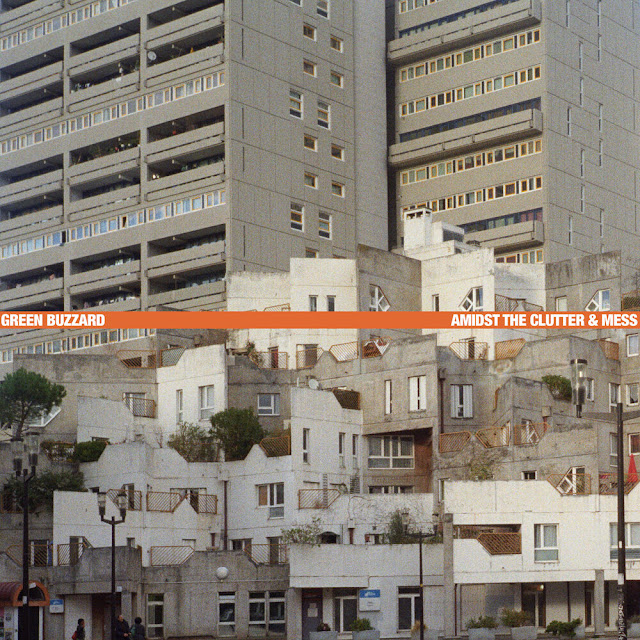 Another debut album to delight you all as the year reaches its close. Also underlining a real comeback for Australian Pop Rock this year, Green Buzzard offers up a poptastic gem and proves the benefit of singalong choruses.

Green Buzzard is Sydney based Paddy Harrowsmith and he's caught a wave that's not been present since The Lightning Seeds had their heyday. Very much like those Ian Broudie albums, this feels more like a Greatest Hits than a new album. It is wall to wall hooks.

Whilst there is a definite reminder of the better Brit Pop bands, certainly those like Dodgy and The Bluetones who emphasised the songs rather than the haircut, the album certainly isn't stuck in that period. Far from it.

There's everything from C86 through Madchester , but it is really pointless to dwell on what Amidst The Clutter & Mess reminds of you of, because you'll miss the joy if you do. The album does what all great albums of the type do, it matched lyrics of lost love, broken hearts and despair to an optimistic, chipper sounding soundtrack.


Any of these 12 songs could be a single, but there's always a stand out and that is the wonderful, I Don't Want To Be Alone with its bang on chorus. But the real treat for such a Psych Pop fan as myself are the likes of Put Me Under and Suburban Dreaming. It just fuels my fire.

Nothing's Happening Here is a brooding late 80's Indie joy, Clutter & Mess is so Shoegaze and Country Life is synth duo 80's. But it is the pure pop that will grab most. Songs like To Be Like You, Forget You and Aches The Heart will soon have you singing at the top of your voice.

This is an outstanding album, astonishingly great. You can buy or listen to it by following one of the links here.