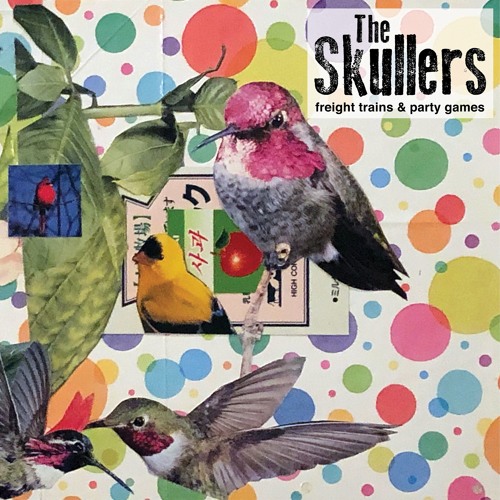 I don't half like surprises and this splendid six track EP from The Skullers is a delight. The New Jersey trio have released an absolute Pop Rock gem that just drips with melody. Jack Skuller's vocals are slightly Glenn Tilbrook like, a great start.

There's certainly a Squeeze like ring to Still Life, a three minute joy of a pop song, killer riff, singalong chorus, all of the requisites are present. Much will be made of the stand out single. She Denies Herself The Thing She Loves and rightly so,


She Denies Herself has an Oasis second album vibe, whilst at the same time having a Glam Rock bounce. It's a fine song, but the other four offerings are equally good. Convenient is late 60's UK Beat / Power Pop of the highest order. Out Of The Garden just melodically rattles along.

Brooklyn Girls is a great slice of Psych Pop and the EP is rounded off with a quaint version of She Denies Herself The Things She Loves recorded in The Third Man Record Booth. I can't wait to hear more from the band. This is a Top Notch Listen.

You can listen to the EP in all the obvious places including Soundcloud here.

Email ThisBlogThis!Share to TwitterShare to FacebookShare to Pinterest
Labels: The Skullers