Tombstones In Their Eyes - Maybe Someday 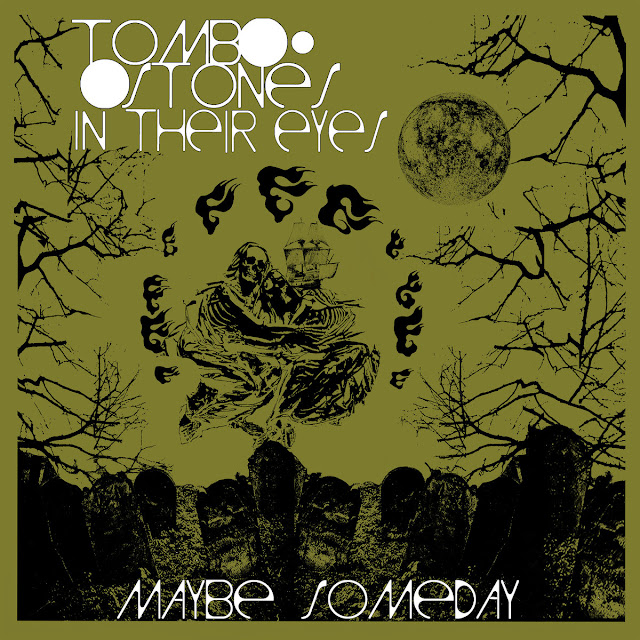 When you see Los Angeles, you normally think of Sunshine Pop or West Coast Rock. Well this L.A. Quartet offer up a stunning album of Psychedelic Rock. Maybe Someday delves deeply into shoegaze, but in a darker totally hypnotic way.


Built on enormous riffs that penetrate the skull, the effect is a wonderful departure from what I've been listening to lately and demonstrates what a fantastic soundscape that Psych can be if you open up your mind. This is truly wonderful.

This is a sonic adventure, so don't be expecting to sing along. At times, it is wonderfully heavy, almost Stone Sour heavy. But the band's landing point is somewhere between early Pink Floyd and My Bloody Valentine.The album is suitably noisy, but never in your face.

The riff on The One is pure Iommi, whilst Behind Mind sounds like Spacemen 3 wanting to be Hawkwind. I Believe is built around what could be a Stuart Adamson run, particularly Absolute Game era Skids.


Dreams is a big moody closer, again in Space Rock territory, but the stand out song here is the title track with it's Berlin undertones. It reminds me a lot of Ozric Tentacles instrumentally wise, indeed a lot of the album does. No Bad Thing! Maybe Someday is Top Notch Psych, updated for the next generation. Well done Tombstones In Their Eyes.

Email ThisBlogThis!Share to TwitterShare to FacebookShare to Pinterest
Labels: Tombstones In Their Eyes