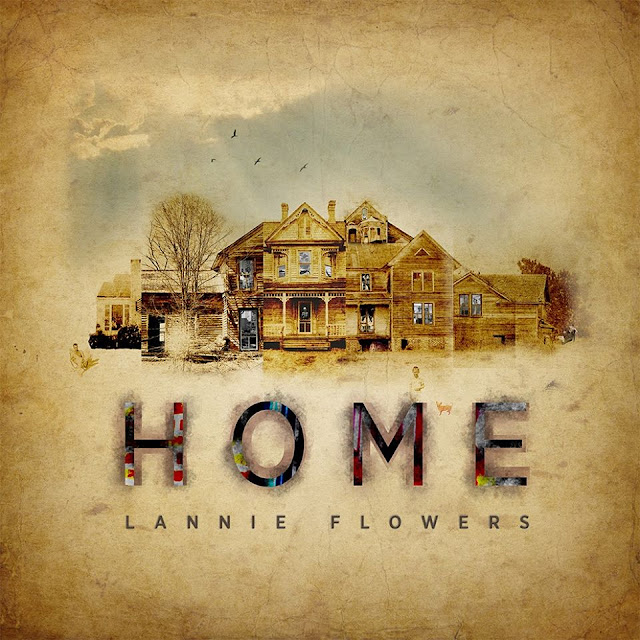 As a long time fan, I continually look for reasons why. The column inches and web words always seem to come from the same direction and the label Power Pop doesn't do Flowers justice. He isn't Power Pop, he's a Rock artist, call it Indie Rock if you like, but he is definitely Rock.

It is also a tad frustrating that the album has been released so late in the year. Too late maybe for many Magazine Best Of Years and also a risk that in 2020, it is treated like last year's news. But it is what it is and it is a masterpiece.

Home more than any other Lannie Flowers should put this Power Pop thing to bed early and for good. Indeed on Free To Dream and I Got A Secret, there is far more of A Van Morrison feel. It certainly isn't Material Issue.

Anyway and In Time verge on great mellow Beatles Pop. Although Flowers is great when he lets loose and he does here on the wonderful It's All Over and Running certainly do that, overall here the noise is held back a little and that further demonstrates the song craft.

TV Off ventures into Psych Pop successfully with a killer Blues solo, but Home, at heart, is very reflective, a real storytelling album. Never more so than on Missing You Tonight, He's Going Home and Anyway. The latter is pure McCartney Pop.


It's All Over is a four minute epic and the title track is bouncy pop of the title track is joyous. I never expected this album to be anything other than great. The monthly digital singles had promised this, but it is nice to have it more than confirmed.

So if you like Home (and I can see no reason why you wouldn't), tell everyone that you do. It really is time to breakout in the whole wide world, not just a few American States. Home is fantastic, shout it from the rooftops.

You can listen to the album here. You can buy the album from Spyderpop here and everywhere. Find out more about it here.