The Warhawks - Never Felt So Good 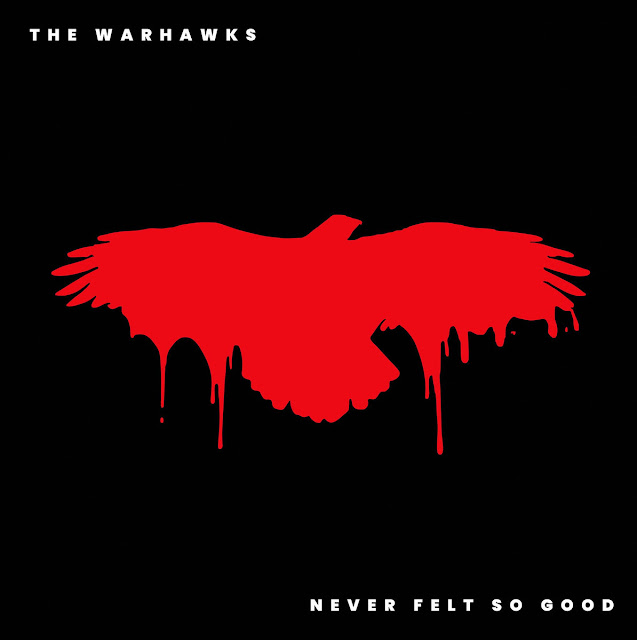 Over to New Jersey now and the quartet that is The Warhawks. I've seen the band referred to as Punk Rock and I don't concur with that at all. Never Felt So Good was released earlier this year and it is a cracking slab of noisy Indie Rock.

Also don't be fooled by the noise, although there is plenty of Garage Rock here, there's also hints of Classic Rock as well as sleeze. At times I'm reminded of The Quireboys. An accusation of basement production is often levelled at albums such as this, well not a bit of that here.


This is a beautifully produced Guitar album. Big choruses amongst the wonderful looseness. The 28 minutes fly by, the album just doesn't come up for air, it is an Indie Wall Of Sound. Got It From Me could become their anthem and Ten Things is a wonderful closer, it's moody and magnificent, reminds me of Days Of Europa era Skids.

Not A Problem has so much attitude, very CBGBs and Soulsucker verges on Guns n Roses. There are influences all over the place from The Stones to The Replacements, but everything sounds uniquely The Warhawks. This is a really impressive affair. Plus, Nothing To Do is one of the best songs that I've heard all year.


I'm sure some regular band followers may accuse the band of selling out and there is a hint of looking for the right direction. But who cares? When an album sounds this good, they can keep searching all they like. Never Felt So Good is a nine song joy,


You can listen to and buy the album for a bargain 5 dollars here.

Email ThisBlogThis!Share to TwitterShare to FacebookShare to Pinterest
Labels: The Warhawks