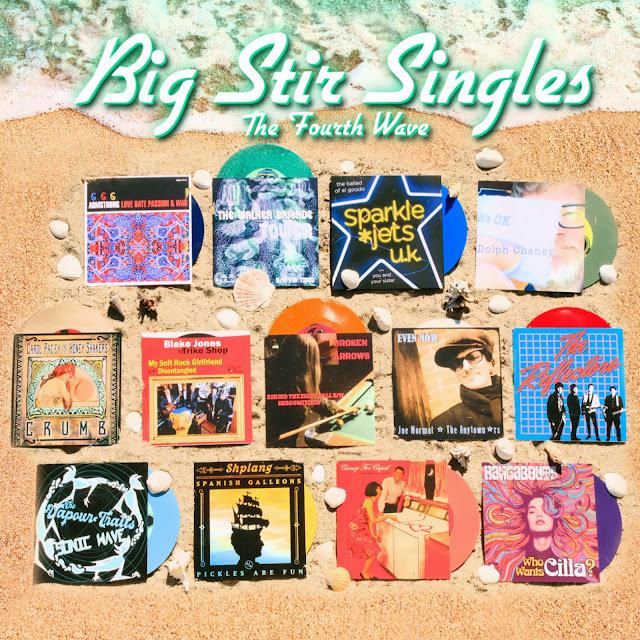 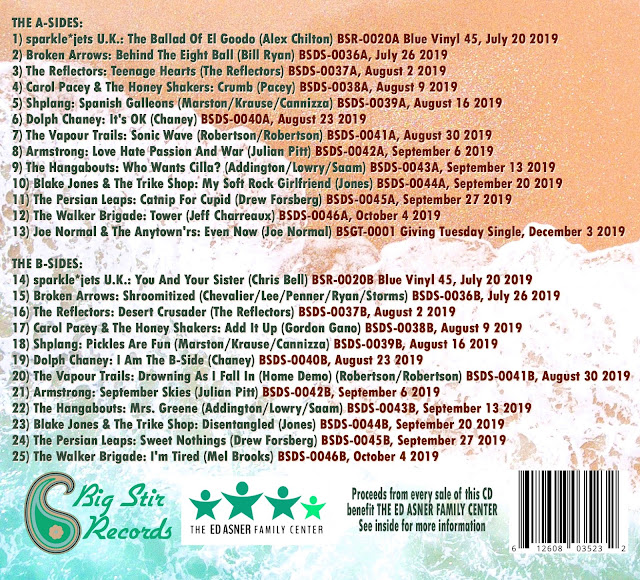 Unless you've been living in a cave, you will know of my affinity and link to Big Stir. It's a community that I'm proud to be a part of and although that community seems to have been dragged in all directions this year, it is still home.

I delight in the development of Big Stir. I mentioned the community, because it still grows, but as with I Don't Hear A Single, I don't think Rex and Christina expected it to grow so quickly and become as known worldwide. Big Stir's influence is enormous and as well as being renowned as a mark of quality, artists now clamour to be on the label.

What started as a so called Power Pop home has never really been that, it is a much broader musical church, even more so now and its tentacles stretch far and wide. When the Weekly Singles idea surfaces, I thought Wow! How Cool!. Now 50 odd singles on, it still feels as exciting as ever and this is the fourth compilation. Each is very different, but woven together by the same heavy duty thread.

This will be a slightly different review in that the usual embedded songs will not appear in the review. Instead there is a Special IDHAS Audio Extravaganza coming up this week. So Special that is called an Audio Explosion. This was planned to appear side by side with the review. However delays due to me preparing for next month's Radio Show debut and Jim tied up further South means it will appear as soon as possible.

The Audio Explosion selects 22 A Sides from all Big Stir Singles to provide the soundtrack of your day and indeed month. It is either this or Christmas songs and I don't think I could stand the forced plastic jollity of 20 odd I Love Santa ditties.

The 13 artists present here consolidate Big Stir's reputation as the label of choice. It is like a Now Decent Music 4. Something for everyone. Michael Simmons's sparkle*jets take on Big Star, The Walker Brothers brand of Psych Pop excels, the return of Shplang and the Scottish jangling joy that is The Vapour Trails.

Those present include Welsh sensation, Armstrong, probably the best singer songwriter that you've never heard of and the heart warming Power Pop of The Reflectors. There's also one of my current faves, The Hangabouts and a favourite that I've had for more years than I care to remember in Joe Normal. Then there is the left field pop wonders that are Blake Jones And The Trike Shop.

Every A and B Side earns its place. All 25 songs add to The Fourth Wave's strength. All four Singles Collections wipe the floor with any compilation that you'd care to mention. This fourth volume underlines the strength of the label and I know there are many more surprises to come your way in 2020. I'm currently listening to one of the 2020 releases as we speak.

What's more, five dollars from every download or CD Purchase goes to the ED Asner Family Center. You can find out more about that project here. The Fourth Wave is Pop Rock Excellence. Now is chance for you to discover what all the fuss is about.

You can buy the CD, which includes the download free for the bargain price of 12 dollars here. Look out for the IDHAS Big Stir Audio Explosion later this week.