Wayward Sons - The Truth Ain't What It Used to Be 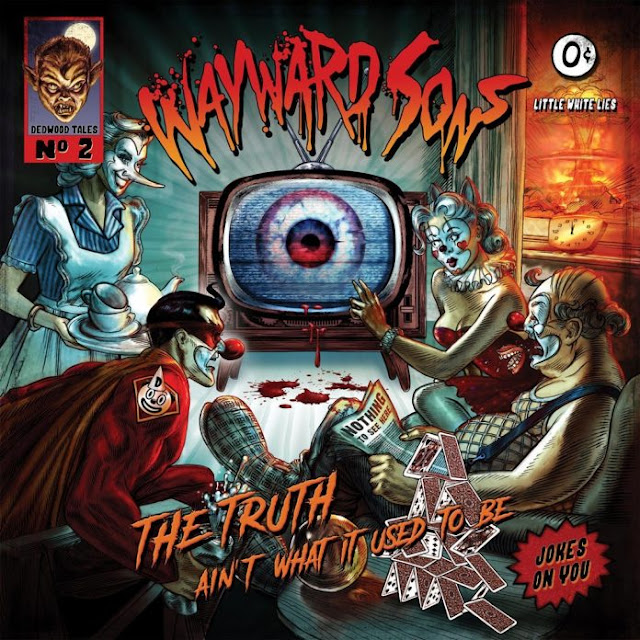 Toby Jepson's Wayward Sons offer up their second album and it is a corking listen. Little Angels were always thrown into the Metal gang and Wayward Sons seem to be suffering the same with the Hard Rock label. Both bands can Rock, but they are much closer to AOR.

Despite advice from my great friend, Nick Fletcher, who is constantly trying to get me to venture more into AOR territory, I manage to resist. However somewhere between AOR and Metal is very very acceptable. Particularly when the albums are as good as this.

Yes Jepson is back and he is angry at the world. The Truth Ain't What It Used To Be hits the balance just right. The riffs are plentiful, the solos aren't over long and the melody more than the drips from the album.This is a splendid affair.


Toby Jepson has a fine set of pipes, here he is nearer Styx at times, a noisier Styx for sure. The album doesn't come up for air too much, but on the two slower songs, Fade Away and Us Against The World, this could be Dennis De Young.

This is very much up and at 'em stuff. Songs such as Any Other Way, As Black As Sin and Have It Your Own Way will get your fists pumping. The opening riff on Little White Lies is wonderful, the whole song is AOR joy, probably the only time the album ventures fully into the territory.

Although this isn't the sort of album normally covered on IDHAS, I have recently played Joke's On You on the Audio Extravaganza and it is the stand out here. It is a crackerjack of a song, some great Jerry Lee Lewis piano just adds to the pleasure. Well done Wayward Sons! You've hooked me completely.


The album is available everywhere. You can find out more about the band here.