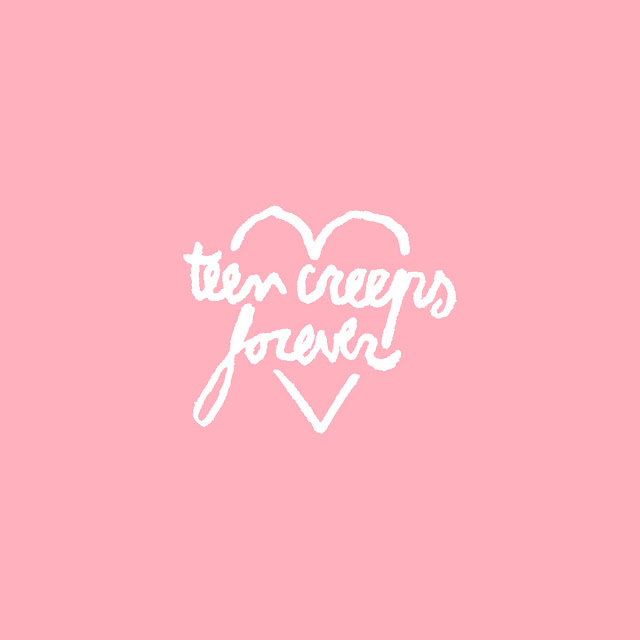 2018's debut album, Birthmark, was loose and wonderfully scratchy, certainly marking out Belgium's Teen Creeps as one to watch. It was a cracking slab of College Alt Rock at a time when many weren't doing it. It felt as though the band had been let loose in the studio with the tapes left on.

The follow up finds the trio in a slightly more polished mode. The earthiness hasn't been lost, it just seems to be tempered. The noise is still upfront, but harnessed by melodic riffs and each rift is held on to throughout.

The result comes across as a poppier Dinosaur Jr. When Burt Vliegen shouts out a chorus, it is as though he's rebelling against the harmonic hook of a song, take, for instance, Hideaway and Toughen Up as examples. There's also more than a hint of grunge that leaks out of the songs.

Defender is a cracking song, very early Radiohead, moody and hypnotic. The title track is Crash Bang in a second half of the Eighties Glasgow way. Tourist is built around one hell of a hook in a song that edges towards Pop Punk.

Seeing Shapes can't decide if it wants to be UK Indie Rock or The Vapors, but the mix is enthralling. Very UK when the overall album sound is far more American.  This joy is topped by Signal Dream, when a fine verse drawl leads into a killer chorus.

For all these riffs, the closer Crash/Land is a six minutes noisefest. A corking listen, but completely out of kilter with what has gone before. You do sense that the band are undecided about the direction to head in. They do the more commercial stuff so well, I'd suggest that may be the way to go. In the meantime, this is a top notch album and unlike a lot of what's around at present.

Posted by Anything Should Happen at 20:54