This Circus Life - The Vast And Endless Sea 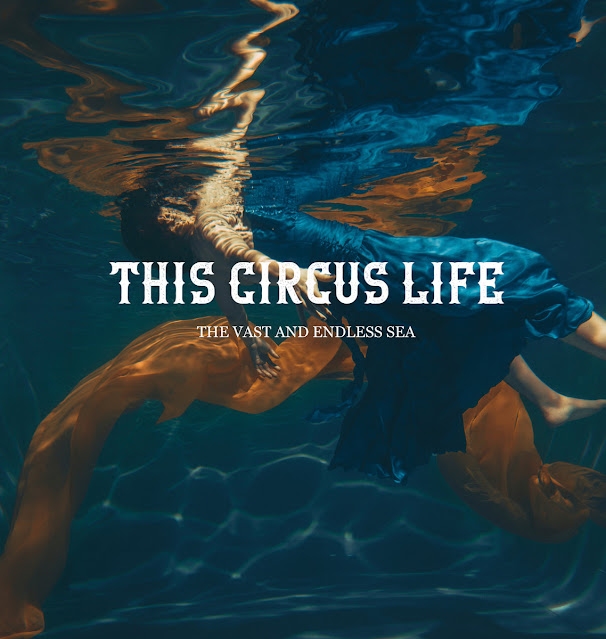 Welcome to IDHAS 2021, finally. Having been listening to a lot of stuff over the past week, I can tell you that the year has got off to a cracking start. I'm not sure if artists have been holding back releases so that albums are last year's news. Maybe bands have held back albums awaiting the end of Lockdown and with no end in sight have thought lets get this album released.
Whatever the reasons, the start of this year has been the strongest for a long while. So we get on to the second album from This Circus Life, following December 2019's The Better Angels Of Our Nature. The English five piece were formed by Charlie Mear in 2019. Charlie is a man who, to say the least, has led an interesting life.
It is somewhat surprising to see this second album lumped in with the Prog and Classic Rock field. I can see certain similarities to Big Big Train in quieter mode on Danny Said It's Over, but there are none of the hysterics and endless solos pf those genres present here.
This is essentially top notch Pop Rock. Indeed Falling Star may be the best Crowded House song that isn't by Crowded House. Those Neil Finn comparisons shout out heavily here. Despite the direction changes throughout the album, everything here centres around great Pop.

Where Are The Working Classes? is an absolute gem, a sort of shuffle accompanied by big Brass with an adept and apt lyric. Towards the end of the song there's even a Brass Bonzo feel or one of Roy Wood's Wizzard Brew. Yet compare that to the title track which is weeping Country Folk joy.

Radio Waves is a reminder of those great 70's Big Studio Singer Songwriter albums and The Boy I Used To Be is autobiographical splendour in a wonderfully gentle splendour. You do sense that This Circus Life could be anything that they wanted to be. Folk, Country and Americana are all within easy reach. However it is the Pop that enthrals most and here's hoping that future directions major on that. Pop Rock needs a band who can revive its motivation.

You can listen to and buy the album here. You can find out more about the band and how Charlie Mear ended up in This This Circus Life here.

Posted by Anything Should Happen at 00:31

Email ThisBlogThis!Share to TwitterShare to FacebookShare to Pinterest
Labels: This Circus Life