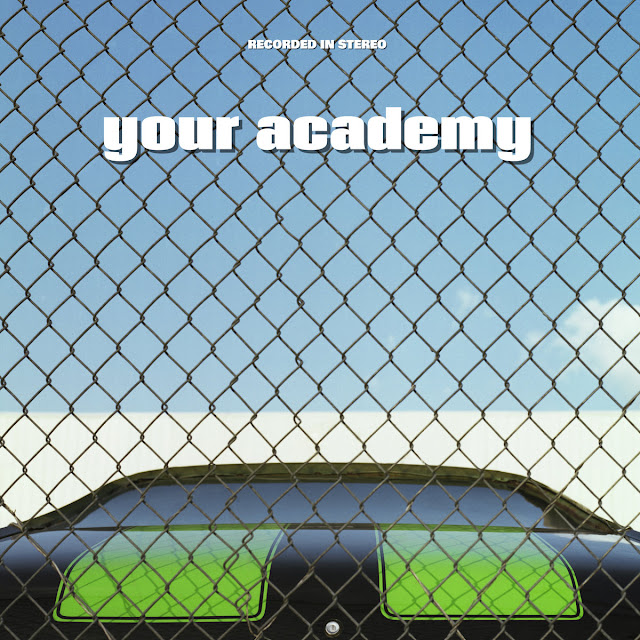 I've sat on this for a month or two, although I have played Heaven Knows on The IDHAS Audio Extravaganza. Now that I'm back in the review chair, I can't hold out any longer. Your Academy's self titled album is an outstanding Pop Rock offering that I know will feature on many more Power Pop Blogs as the year progresses.

After failed attempts to reform Crash Into June, a band many of us are familiar with, for a new album, Johnny Norris gathered together Your Academy. Featuring Chris Gafford and Dan Shumake who were on the CIJ debut, Blind To Blue, Brandon McGovern, a solo artist who had played Guitar in Dwight Twilley's band and Adam Hills, producer and Big Star archivist, Adam Hill.

Labelled as a return to Memphis Power Pop, the album sounds much more than that. It cuts across classic Pop Rock such as Raspberries, whilst taking on AOR, the Country Rock of say, Lonestar and more modern examples of Indie.

Heaven Knows is a wonderful country pop-esque single whilst Why Don't We has real Vegas With Randolph overtones. Bluff City could be Desperado period, Eagles and Better Nature is upbeat Jangle Pop at its best. I hate to mention Teenage Fanclub in fear of the Cliche Police, but Starlight really does sound modern day TFC.

A number of things ring out. Adam Hill's production is wonderfully big and bold and the quality of the songs are to be applauded. Superb harmonies and arrangements and some top notch playing. But the real stand out is McGovern's vocals. Easy and Gentle on the ear, they are wonderfully laid back.

The album has me running to dig out his four solo albums, but Your Academy feel very much like a sum of the parts five piece. I really hope this isn't a one off album, because I'd love to hear much in the future. This album is a splendid laid back listen.

Posted by Anything Should Happen at 22:07

Email ThisBlogThis!Share to TwitterShare to FacebookShare to Pinterest
Labels: Your Academy