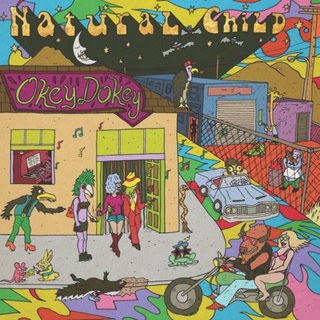 Natural Child are from Nashville and usually when I cover Nashville, it's Power Pop. Well Natural Child aren't Power Pop, in fact they are hard to label, there is the odd country influence, at times there's a touch of The Allman Brothers and a dash of a chilled Lynyrd Skynyrd.

The album was recorded in Memphis and Chicago and that doesn't necessarily hint at it's direction.
They are not the sum of their influences, they just offer laid back guitar driven grooves. The opener, Sure Is Nice, emphasises that groove, it has a Stephen Bishop like vocal.

NSA Blues reminds me of Boz Scaggs, Out Of Sight features Peter Green era Fleetwood Mac guitar, Now And Then could be The Black Crowes. Okey Dokey is a 2 minute instrumental Jam. Juanita feels like Country Rock Byrds. Self Centred Blues is classic Americana Blues with a gripping dash of Organ. In fact, I hear The Black Crowes at times throughout the album.

The closing two six minute plus tracks are both instrumentals. Benny's Here is very much Jam Band territory, but there's far more to It's A Shame My Store Isn't Open. Albatross like in it's early feel, it transcends into Psych and at times Jazz Rock. It's like a theme to an imaginary western.


Having told you that Natural Child are hard to label, I've gone ahead and tried to label the songs. It's only to give you an indication of my thoughts on the album. It's a great "sit right down" album and you should draw your own conclusions by listening to it here. You can then buy the album for download or on vinyl.


Posted by Anything Should Happen at 21:52