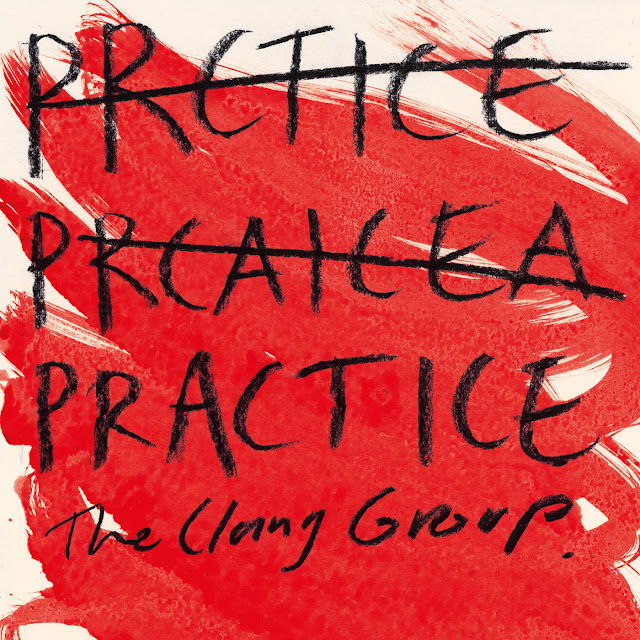 Most people may know Clive Langer as one half of Langer And Winstanley, producers of note and not just Madness. People forget Morrissey's Bona Drag, Costello's Goodbye Cruel World, Dexy's Too-Rye-Ay. They Might Be Giants and my own favourites, Dogs Die In Hot Cars.

More importantly at ASH Towers, he's also the guitarist and songwriter in the magnificent Deaf School. Their revival has been one of the joys of recent times. Langer is worth the admission alone for co-writing Shipbuilding.

The Clang Group are a five piece that includes Langer and Andy Mackay of Roxy Music fame. I'm pleased to say that in these days when Indie seems to mean Psych Pop meandering or electronic nothingness, The Clang Group have come up with a splendid Indie album, left field, almost experimental.

Great lyrics that appear at first to be stream of consciousness, but have hidden depth. Unexpected hooks, at times it feels jazzy, largely due to Andy Mackay, at other times keyboard driven, but all held together by Gregg Braden's drums.


Langer's lazy drawl adds to the enjoyment and it's great to hear him on guitar again. All 10 songs play their part but the 60's organ led Concertina and Picture Postcard Paradise stand out. Knock Me Off is my fave though, it's 70's New Wave at it's best.There's also a guest vocal from Suggs on a revival of Clive Langer And The Boxes' 1980 gem, Had A Nice Night. Practice is one of the more pleasant surprises of this year.

Highly recommended! The album can be bought on CD or Vinyl here. It can also be bought for download in all the usual online emporiums.

Posted by Anything Should Happen at 16:23