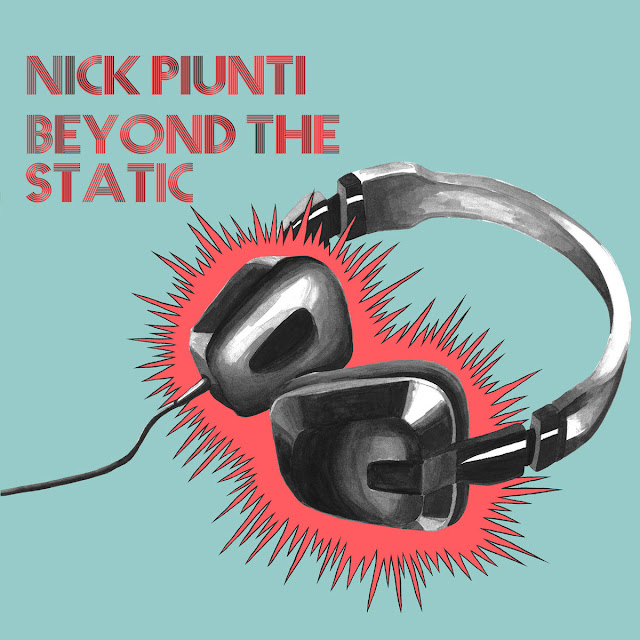 Nick Piunti is currently on the crest of a wave with his new album, Trust Your Instincts. It's the crossover album that should break him everywhere. Many do not see the journey to this point. Trust Your Instincts is the third in a trio of albums leading to this success.

13 In My Head kicked it all off with a straight ahead Power Pop album, all chiming chords and chorus hooks, one of the great Power Pop records of 2013. 2015's Beyond The Static moved that on a pace. The riffs were still there, but there was a more laid back feel at times. Reminiscent of Mike Viola and Cheap Trick at times. Things like the Pedal Steel on Six Bands ensured this wasn't a sophomore album.

There's a great melodic feel to the album, aided by having the excellent Chris Richards on Backing Vocals on Head In The Clouds and Seven Days A week. The former being a 70's Pop Rock stomp, the latter a 60's Jangle singalong. Certainly some Legal Matters vocal fairy dust on both. Something's Wrong is certainly more edgy, helped by the fast emerging Ryan Allen on additional guitar.

The added fairy dust by the guests shouldn't take away the fact that this is very much a Nick Piunti album. It keeps everyone who admired 13 In My Head on board, but moves the variance on. It steps out of Power Pop and into a far more encompassing Melodic Pop. The album was highly placed in most critics Top 10 Power Pop albums of the year and rightly so.

Not only did it pave the way for what the Trust Your Instincts to explode into uncharted territory, but it also stands up on it's own as a splendid album. Heart Stops Beating is more familiar Piunti territory and that's a great place to live,

You can buy the vinyl edition of Beyond The Static here.


Posted by Anything Should Happen at 23:19