Pamphleteers - The Ghost That Follows 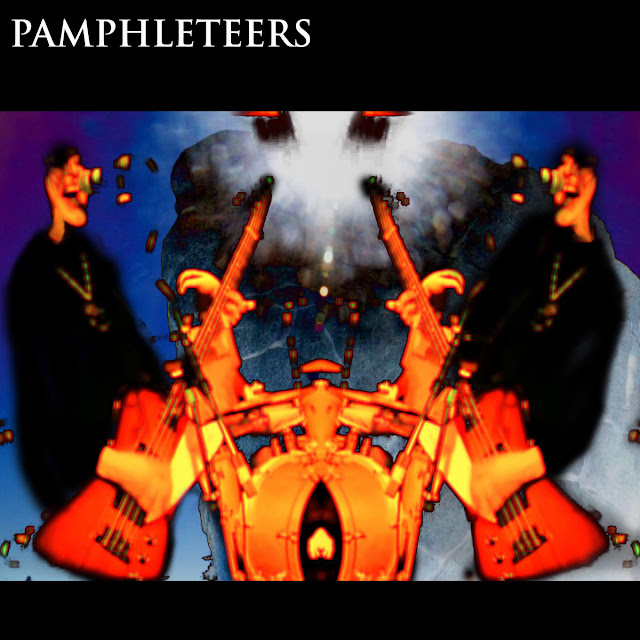 After listening to so much mediocre Psych Pop and Nada Surf wannabes this week, this album is an absolute breath of fresh air. It's a 41 minute joyous romp through late 70's UK New Wave with hints of The Go-Go's.

Imagine Siouxsie fronting a great Power / Psych Pop band or even a noisier version of  Kim Shattuck with less lyrical wit than The Muffs but with much more guitar.

It's riveting riff after riff gripping you and making you want to smash the state. In fact Jonathan Ben-Isvy's guitar is just wonderful. The riffing solo in the middle of title track is spookily wonderful. The album definitely conjures up New Wave, but the music plays around with Psych, Goth and Noise Pop.

There's also a smidgen at times of early Blondie, but Pamphleteers can play better than they ever could. The three of them are a real power trio and I'll mention the riffs again because they are ace. I can imagine them being shock and awe live. Chicago mustn't know what's hit it.


Normally I'd say go to the Bandcamp site and listen to the album before you buy. Just go there and buy it. This is an album that should be heard on vinyl and for five dollars more you can get the vintl and download. You can buy The Ghost That Follows here.


Posted by Anything Should Happen at 22:26

Email ThisBlogThis!Share to TwitterShare to FacebookShare to Pinterest
Labels: Pamphleteers