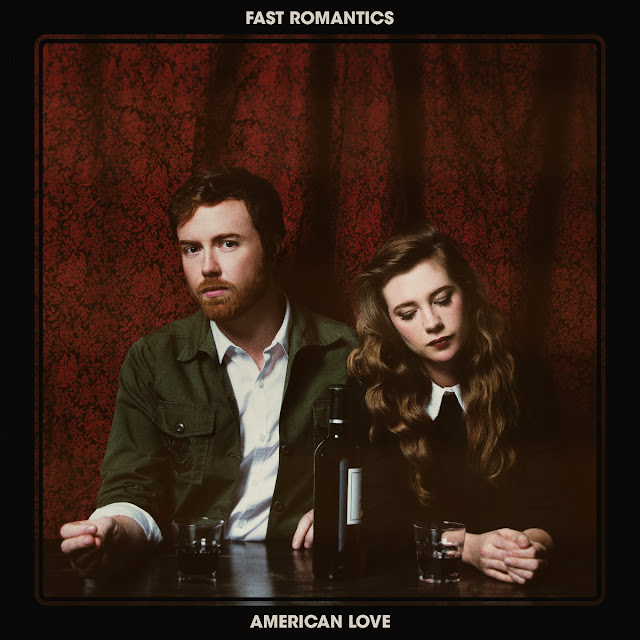 Canada's Fast Romantics have always been an interesting band, but have suffered from a revolving door line up centred around Matthew Angus and Jeffrey Lewis. Angus and Lewis have now expanded the band into a really interesting six piece and here's hoping it can stick together, because the resulting American Love is a fine album.

The addition of Kirty, a singer songwriter and multi instrumentalist has expanded the sound further, particularly in her accompanying background vocals. The sound is big, certainly E Street like. although the sound reminds me more of big sounding UK Bands like The Alarm and Simple Minds.

There is a 80's Rock vibe to the album, but 80's in a good way, the keyboards aren't up front and the riffs aren't echoed. There is also a real political theme in the lyrics, but I suspect many won't necessarily pick them out, although Anti Trump lovers will like them a lot.

Julia was the single that showed what this incarnation of the band was capable of and it still sounds great here, almost Pete Wylie's Wah like. Runaway Girl does sound very Noughties' Springsteen, but I think it sounds more like Springsteen doing Ian McNabb a la Girl In Their Summer Clothes.

How Long Is This Gonna Last is Kirty on lead vocals and again it feels UK, almost Transmission Vamp. Matthew Angus is a great front man and band leader, you feel him and his songs will end up rocking some Stadium and there would be some joy in that, certainly more than hering the medioctiry of the likes of Kasabian.

A lot seems to have been made about how American the album is. I can see bits of that and the album's title emphasises this. But to me it feels far more like a big sounding UK album. The sort that used to be made when budgets were much higher. Either way, American Music is a great album and more than worth your attention and cash.


Posted by Anything Should Happen at 19:25