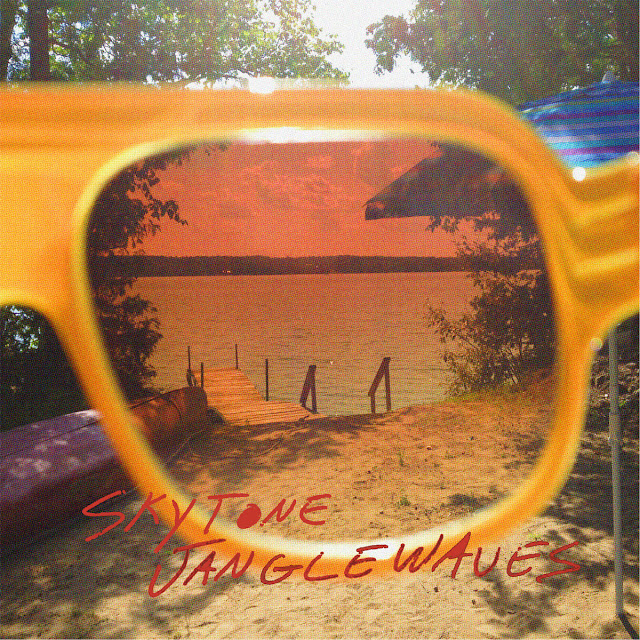 Ottawa's Skytone would have you believe that they Jangle and of course they do, but not in that 12 string way that you would envisage. This is Great Pop, done with a croon and the jangle is in a 80's sort of way, although the harmonies are very much mid 70's Pop Rock.

All this works beautifully, Jangle Waves is wonderfully laid back. The guitar riffs are very C86, but there's plenty more thrown into the mix. Drop In The Water is all funky in a Mid 80's vibe that you can imagine appearing on Hit Mix 86. Think of Lloyd Cole fronting Johnny Hates Jazz.


Lonely Holiday starts off as though it were on one of those classic Jigsaw albums of the mid 70's and ramps into a real celebratory sing along with a new riff and a Mark King Bass riff. There's so much in Lonely Holiday that a song like On My Mind seems a simplistic ballad, but either work.

I suppose other reviewers would lob the album into Dream Pop, but that would be really unfair because there's far more depth and thought in the songs than that. Flower House is all trippy and moody with an Eastern vibe.


Skytone definitely belong on the beach with this variance on Summer Pop, but the Beach would be all pebbles and the tide would be going out. There's plenty of obvious influences on the album, but combined this makes Jangle Waves sound very different to what is around at present.

This difference makes the album a welcome listen. There is a definite groove and funk wanting to break out, but it never quite does because deep down Sky Tone have a real melodic backdrop that makes their so songs so likeable. Jangle Waves is Great Pop, but not necessarily as we know it.

You can listen to and buy the album here for a bargain 5 dollars.

Posted by Anything Should Happen at 10:24

Email ThisBlogThis!Share to TwitterShare to FacebookShare to Pinterest
Labels: Skytone