Richard Turgeon - In Between The Spaces 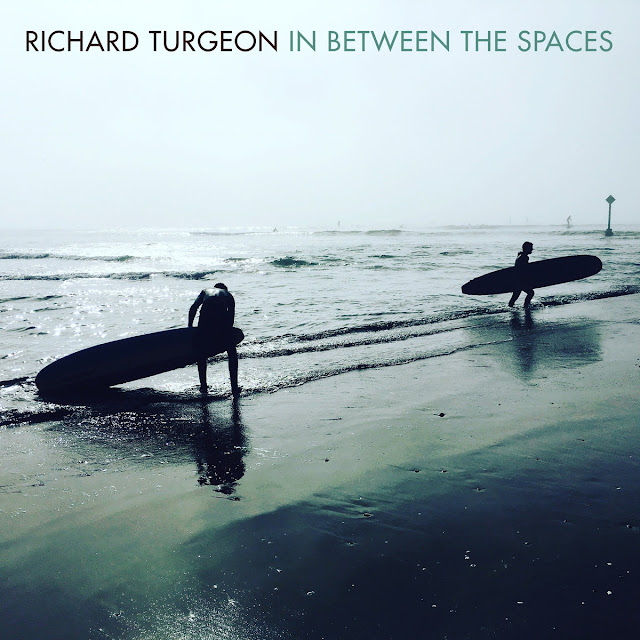 In Between Spaces, across it's ten tracks, explains why I love the current batch of Californian Pop so much. Beautifully Produced, Melodic, Riff led and with just enough of a hint of what's gone before. San Francisco's Richard Turgeon has conjured up a splendid Riff Heavy affair. You certainly Rock, but essentially in the sun.

Turgeon is a one man Art College, music, art, illustration, photography, writing, the album though shows nothing less than full concentration. It feels like that 90's US Rock heyday. when the lines between Power Pop and Singer Songwriters blurred. Think Matthew Sweet when Richard Lloyd was with him and imagine Mitch Easter producing them.

There are times when Turgeon sounds a touch IRS era Stipe, but the album as a whole is very much melodic rock that starts with a hook that grabs you more and more as the song progresses. There are times that this mode is stepped out of, the likes of the pacy The Candidate which has a bit of a modern day Santana feel, but it's at it's best when it does what it does because it's done so well.

At times, there is a melodic Bob Mould or even Let's Active feel, all good things, I also think Scott Miller at times. Songs like the opener, Big Foot's An Alien and I Don't Need You are wonderfully anthemic and Turgeon's Guitar playing is top notch.


In Between Spaces is a corker of an album, an ace way to spend 37 minutes. You can listen to and buy the album here. You should!


Posted by Anything Should Happen at 15:24