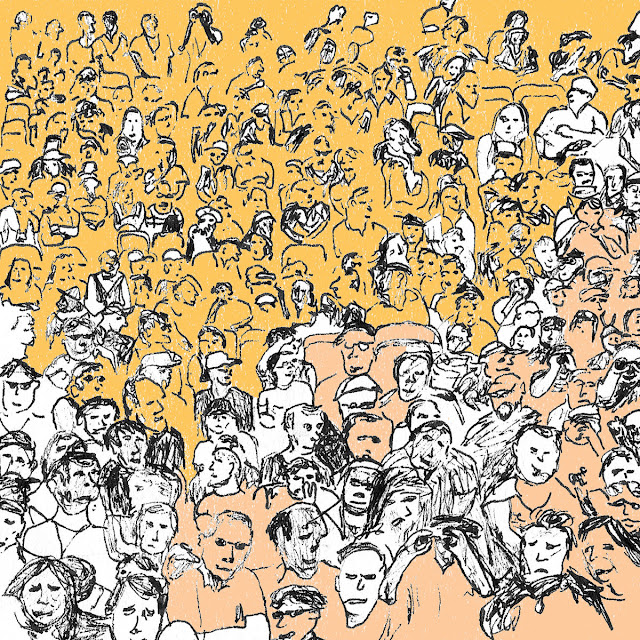 My good friend Steve Alter told me I'd like Midnight Reruns and he was absolutely right. It's been remiss of me to not notice them thus far. The Milwaukee four piece have been releasing stuff since 2011 and their latest, Spectator Sports, makes all the right noises.

The band appear to live in the 70's, no bad thing, but I couldn't tell you what year because you have the full gamut of an age when music meant much more than the Playstation 4 or any mobile app. Hold Up The Mirror is classic late 70's New Wave, yet Only Child is classic Mid 70's Pop Rock.


Cicada 3311 is like Hello doing Aztec Camera, almost Mighty Wah like. Birthmarks / Fingerprints is a sprawling slab of rocked up Post Punk. Yet City Hall sounds like the more modern day Church, all Australian psych tinged.

The album only real slows down on the closer, Warm Days and that breaks into a much quickened Garage Rock. There are two instrumentals that break up the album, both very different. Celebrity Lawyers is all Prog, a bit Barclay James Harvest without vocals. Concourse C is all Psych Pop.


The riffs at times remind you of the likes of Porcupine Tree or even Rush. There's something very familiar about the album, but very different. It's certainly an interesting listen and highly recommended. You can listen to and buy the album here.


Posted by Anything Should Happen at 20:15