Imperial State Electric - All Through The Night 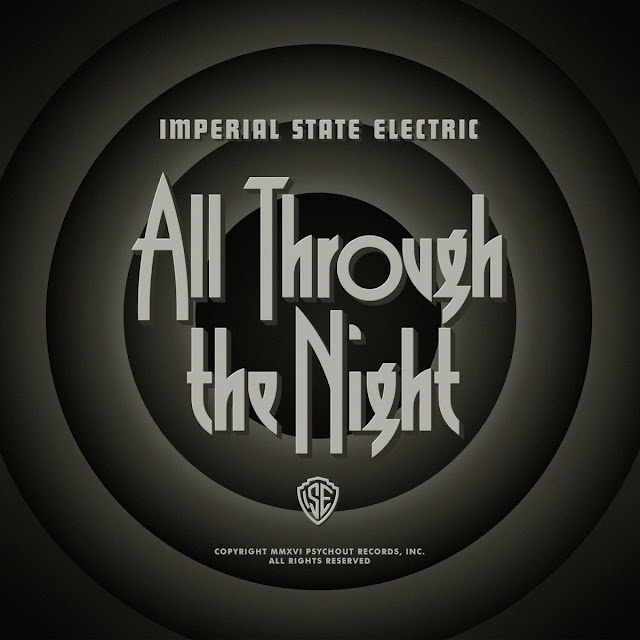 I'm a bit late reviewing Imperial State Electric's album from last year. However I've been playing All Through The Night since it's release and even more lately. I've followed Nicke Andersson through most of his previous adventures. Drummer in Entombed to front man in The Hellacopters and on to Imperial State Electric. Death Metal to Garage Rock and now Classic Rock.

The album covers a lot of bases, virtually all of them in Rawk mode. Bad Timing is very New Wave Of British Heavy Metal and Break It Down is a Country duet with Linn Segolson, the rest though is in far more comfortable territory.

The riffs are generally plenty and there's some real nods to wards Harmonic Pop Rock on Empire Of Fire and Read Me Wrong. Get Off The Boo Hoo Train is all dirty Rock n Roll, Would You Lie is Classic Blue Oyster Cult, even the guitar sound and the closer, No Sleeping, is all acoustic and moody, eerily Moody Blues.

The gem though is the title track. It's all strings and melody, a great slab of AOR that just romps along. Truth be known is that for all the variation, Imperial State Electric are best at this lighter Rock when the melody shines through and you realise that are a lot of these songs are hook laden. Another 12 points for Sweden from the British Jury.