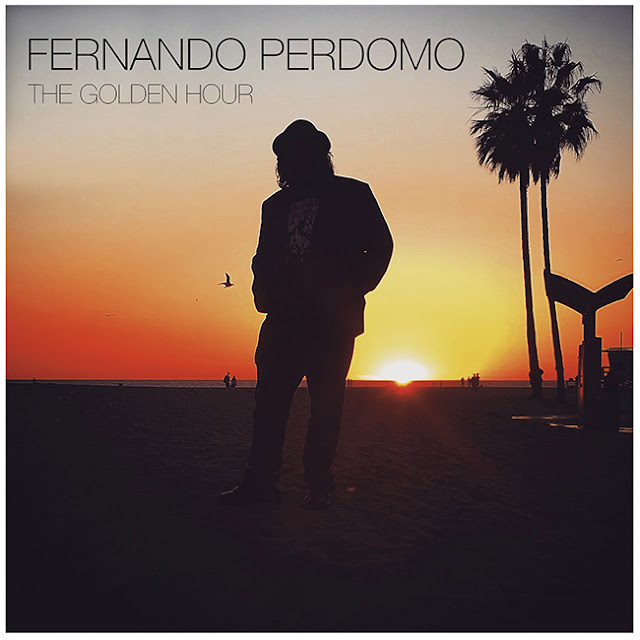 I first came across Fernando Perdomo in the early days of Anything Should Happen. ASH celebrated the forgotten past and I was even then getting a little restless at the ignorance of the now. In a conversation with my ASH cohort, Mick Dillingham, Dreaming In Stereo's newly released debut album was mentioned and I became hooked on that and the follow up. I still am.

The eight years since have seemed much longer because Perdomo has been active, I'm not sure that he ever sleeps. There's been a lot of comparisons with Todd Rundgren and I see that, but his solo career has far more Pop and Rock influence and less of the Philly Soul. He is though an outstanding multi instrumentalist and a guitar player equal to Rundgren.

The Todd comparisons stand up even more due to his work with other artists. Producer, cohort, helper, he excels in all. His work on recent albums by Gretchen's Wheel and the incredible Cait Brennan album is exemplary. I also connect in a similar way of being as fanatic about Prog as I am about Power Pop.

There's no Prog here, but there are plenty of other diversions. I Feel is wonderful Psych Pop with a killer riff. However there's a real refreshing brevity in the songs that border on great 60s and 70s Pop Rock without the irritating need to solo like crazy. There is a real laid back feel to the whole album that allows the songs to breathe.

The co-write with Jordan Zevon, Look At The Moon, is Harrison-esque with it's mellotron and haunting riff, When You're Next To Me could be John Miles in his pomp, a crackerjack of a song. I Feel (Therefore I Am) envelops a corking Power Pop Riff in a haunting melody.

Both Spotlight Smile and Sleep are very reminiscent of a more arranged Big Star, or maybe more Chris Bell. The former is more uptempo, but both work as well as each other. I'm not exactly sure why, but The Light makes me think of Colin Blunstone.

There are Rundgren moments, but these are less than others would have you believe, most notably Here With Me and maybe the title track. But essentially this very much a Fernando Perdomo album. With others, the Guitar is much prominent, but on The Golden Hour that would overshadow the songs. Here you can tell he can play, but it's all understated.

If this were 1975, The Golden Hour would sell a million. You can at least get it part the way there by listening and buying here.

Posted by Anything Should Happen at 21:00