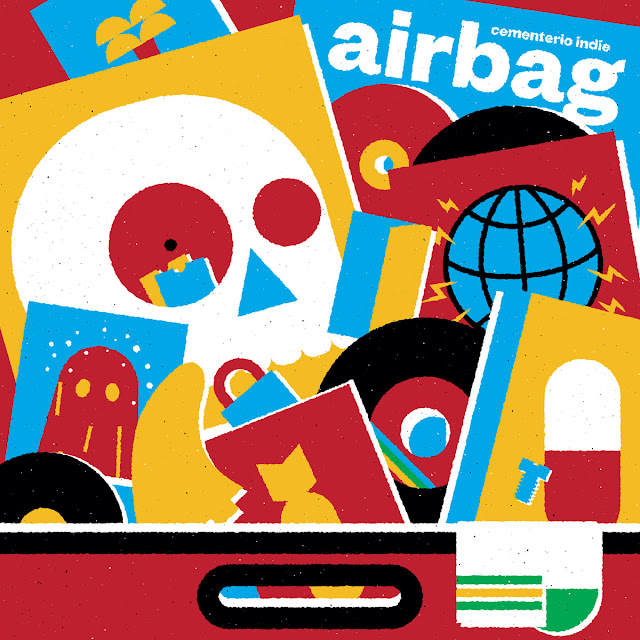 There's something incredibly English about the way we expect everyone to speak English. We go abroad and decide that shouting louder is a way for the "foreigners" to understand us and a decent substitute for us not even wishing to learn basic phrases.

This is even more relevant to Spain. The country is a hot bed for Guitar Pop and produces some fine bands as well as welcoming all from the genre to the country. Yet we still expect the Spanish bands to sing in English to breakthrough. It is another head scratching why oh why that we have to correct.


Cementerio Indie is the seventh album from the trio from Malaga. The album title translates as Indie Cemetery. They offer up an album that is every bit as good as say the wonderful Speedways album. Very much leaning towards Power Pop, but with a bit more of a crunch and it is a wonderful listen. The band have over 90,000 Facebook followers, so it may be just the UK that is missing out.

They sing in Spanish, because errrrrrrrrr they are Spanish. I'd also ask how many Power Pop fans listen to the lyrics deeply? The album is beautifully produced and relies very much on the classic Guitar, Bass and Drums line up. The Bass lines are particularly inventive, think Bruce Foxton.

The feel is very UK New Wave particularly on the likes of R Tape Loading Error and El Centro Del Mundo. The latter has a real Buzzcocks feel. Koi No Yokan fairly bounces along and La Fuga de Logan is pure Merseybeat.

The stand out is Linda Cuy which has a Blondie feel and has everything in a Pop Song that you could ever need. The album is in available on Vinyl and CD, but the real bargain is the download at only 3 .99 Euros. Airbag have fashioned up a really positive chirpy Guitar Pop album. Well done all!

Email ThisBlogThis!Share to TwitterShare to FacebookShare to Pinterest
Labels: Airbag