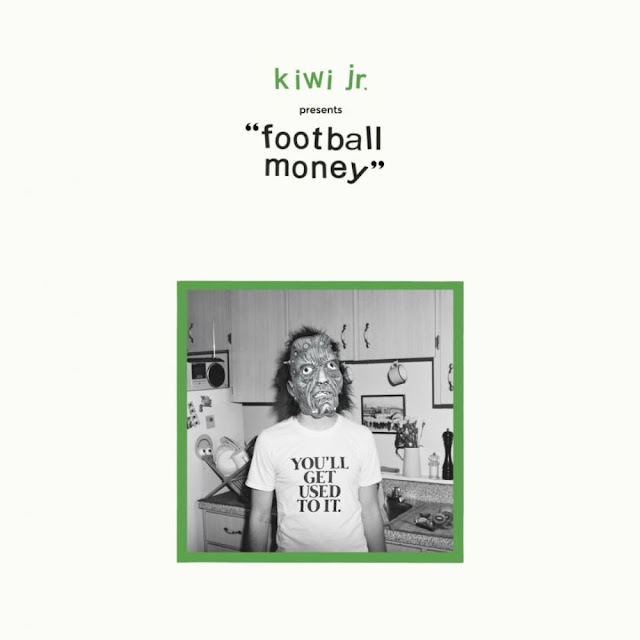 Remember when Indie meant something? It wasn't a category to lump everything in that didn't fit elsewhere. Is It Pop? No! Is It Rock? No! Oh It's Indie then. It was largely a scene for inventive bands, which you either loved or hated, that the majors would go nowhere near.

Indie may not have credibility any more, but moaning that there aren't any great new bands around now, says more about you. There patently are some incredibly talented left field groups in circulation. You just have to look rather than be spoon fed or wait for another misguided If You Like This.

Canadians, Kiwi Jr are one such band. They come across as a sort of Modern Lovers for the next generation, but there is far more to them than that. Much more. There's a lyrical with and depth that compares to stalwarts like The Sugarplastic, even XTC.

Kiwi Jr. are quirky and come at songs from unusual angles, but they are not as Lo Fi as people would have you believe. The sparser arrangements complement the songs perfectly. There's also plenty of Wit on offer and a fair bit of Jangle.


It may be that the underlying vibe is Power Pop, although they are probably too cool admit that. There's a great deal of fun on display, although very much like, say, The Housemartins, this is hidden in the subject matter which is more about the banal.

All ten of these songs stand up in their own right. Whether they have big choruses or are all over the place, matters not one jot. Lyrically brilliant, highly observational with some killer stand alone lines. Football Money is a fantastic listen and it's all done in 28 minutes, so you can play it twice in an hour.