The Northern Pikes - Forest Of Love 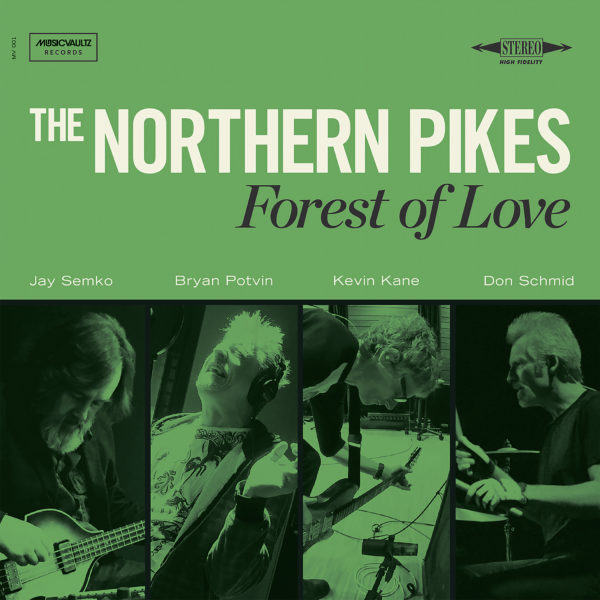 We end January in far more familiar territory. The release of this album, 16 years after their last, It's A Good Life, marked a welcome return for the Canadian Pop Rockers. Add to that delight with the addition of Kevin Kane to the three founding members. IDHAS have been long time fans of The Grapes Of Wrath,

Kane is not only restoring the second guitar to the band, he's all over the album, The Pop sensibilities that The Northern Pikes have always been noted for are present and correct, but Kane seems to have added an edge that enhances everything.

The title track has a wonderful mix of Goth and Psych Pop, a crackerjack of a song. Mr Unhappy is a strum along a charming Summer Of Love feel with the guitars bursting to get out. Draw From The Deck could be Glasgow 1989, wonderfully so.

Elephant Who Lives Here has a 70's Fleetwood Mac feel, it's a fine gentle soothing affair. Juliana could be Al Stewart, Folk Rock with a big chorus. King In His Castle has everything, mixing a down and dirty verse with a Petty-esque chorus.

Although the Psych feel of King In His Castle is top notch, the stand out song here is one of much more simplicity. Canada Boy is a classic slab Of Power Pop, as good as anything you will hear anywhere. It's all hooks and nets.

It's really welcome to have The Northern Pikes. Forest Of Love provides even more joy in revealing that they are not a heritage band. Forest Of Love is a splendid album that stands up with anything around at present. Well done you four!


You can buy and listen to the album everywhere. You can find out more about the band and buy physical product here. See you in February!

Email ThisBlogThis!Share to TwitterShare to FacebookShare to Pinterest
Labels: The Northern Pikes