Asher And The Spinners - Born Too Late 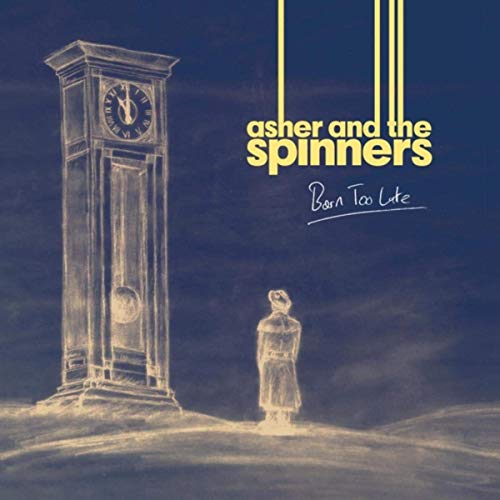 One of the great Pop albums of 2019 is sadly by a band that have split up, due to relocation. Asher And The Spinners were a five piece from Franklin, Tennessee. Of even more interest to followers here is that Asher is the son of I Don't Hear A Single favourite Greg Pope. Greg hasn't released am album this year, so this will more than suffice as his influence is definitely here on more than one of the songs.

Released in September last year, Born Too Late is a crackerjack Pop Rock album taking in many styles, all of them incredibly melodic. The range is fantastic from the Big Band sound of Coke And Movies to the splendid McCartney Pop of Everyone Knows.


Pope's vocals are top notch. The joint vocal with keyboard player, Erica Bloc on early 60's Rock And Roll of Second Chances is charming. Pseudo Man is great 70's Pop Rock and Connections would definitely feel at home on a Greg Pope album.

Overall though, it is the Beatles Pop that grabs you most. You immediately think McCartney on Something There and Happiness. The latter joint vocal with Bloc again works beautifully and borders on a Boogie Woogie Bugle Boy ballad.


Long Long Time is a rocker busting to get out, again very 70's Singer Songwriter Pop Rock. Eliza Jane is in the same mould and adds a killer guitar solo to the splendid pop. The standout song is The Thought That Lingers which sounds so Difford Tilbrook.

Born Too Late is not just about the vocals of Pope and Bloc though, it is a beautifully arranged band album. This is a fantastic listen, mature way beyond its years. Here's hoping that the band may reconvene at some stage. If so, it will be well worth listening to.


You can buy the album on CD Bay here and the likes of Amazon. You can listen to the album here.

Email ThisBlogThis!Share to TwitterShare to FacebookShare to Pinterest
Labels: Asher And The Spinners, Greg Pope