The Society Of Rockets - Unearthed 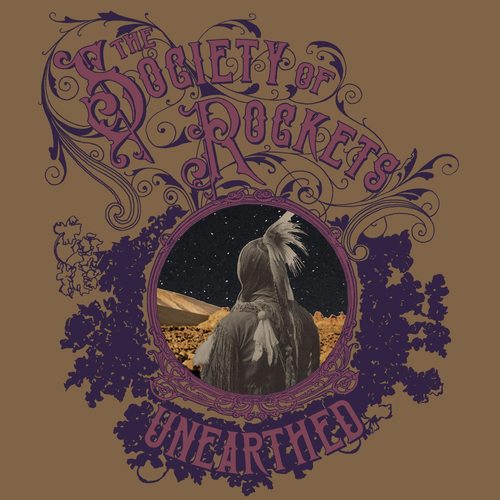 San Francisco's The Society Of Rockets have always felt like a well kept secret. Seven albums in and the band have evolved. Initially known for some fine Psych Rock, their last album, Family Ways, marked a move into a more laid back sound.

Family Ways was a much more laid back affair, excellent in its way, but a bit hard to quantify with what had gone before. The playing was as great as ever, as were the hooks, but the Country Rock was definitely a new path.

Unearthed follows on from that album, but takes the material on a pace. There's also reminders to the past. Failure Industry is a crackerjack of a song, venomous yet incredibly melodic with a killer riff and unexpected noises, it is a joyous affair.

Don't be afraid of the Country Rock reference either. There are no Cowboy Hats here, indeed I'm more reminded of a band like Del Amitri. Calico is the nearest to straight ahead and Open Season is moody Americana, but both work beautifully. This is largely due to the quality of the songwriting and playing.


The World Is Wrong is in CSNY territory, but again more modern, think Brent Rademaker. Bummertown is another example of the band stretching out, with it's killer guitar ramping up the noise quota.

Error Era ends the album wonderfully with a gentle moody affair that borders more on the Indie earnestness of younger pretenders and it threatens to explore at the end. Unearthed is a fine album. Forget what has gone before, treat the album on its own merit, because this is a fine listen.

Email ThisBlogThis!Share to TwitterShare to FacebookShare to Pinterest
Labels: The Society Of Rockets