Blank Pages - Is This Real? 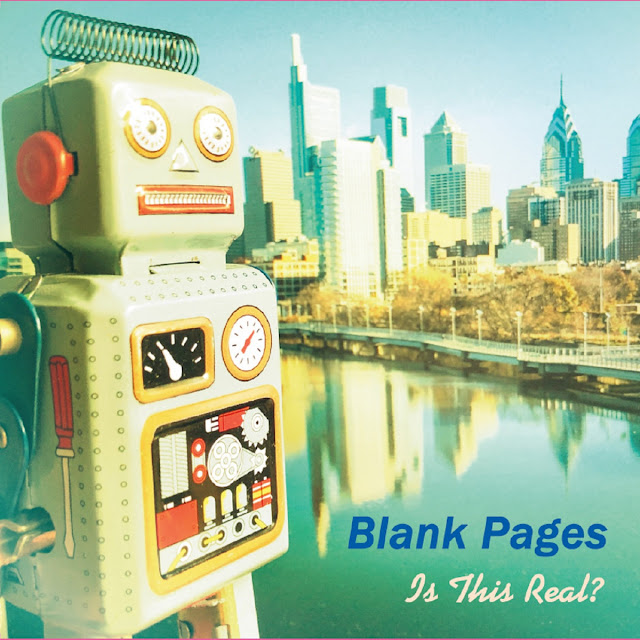 New Jersey Trio, Blank Pages specialise in inventive New Wave Pop Rock. They even border on Power Pop at times, but this is no "I Love You, Yes I Do" affair.. Home is Indie, almost College Rock, but there is a complexity that takes them far beyond that.

The New Wave comparisons are many, The Police being the most mentioned. But there is far more intelligence and depth to the material than Sting's lost. On the other side, there are similarities to 80's Stripped down Rush without all the mind bending lyrics and plinkity plonk keyboards.

There's all hints of the 80's King Crimson reformation, but dressed up as Pop. There's also plenty of variance and for all the cleverness, the song and the hooks are lost. Hang Up is all jangly Power Pop, Waiting In Line is splendidly Angular and American.

Uncomplicated borders on Country and the Robots Will Not Win riff is so Andy Summers. There's a hell of a lot to like here. Not your usual New Wave Pop simplicity, but a more thought out approach. Is This Real is a great listen.