Mooner - The Alternate Universe of Love 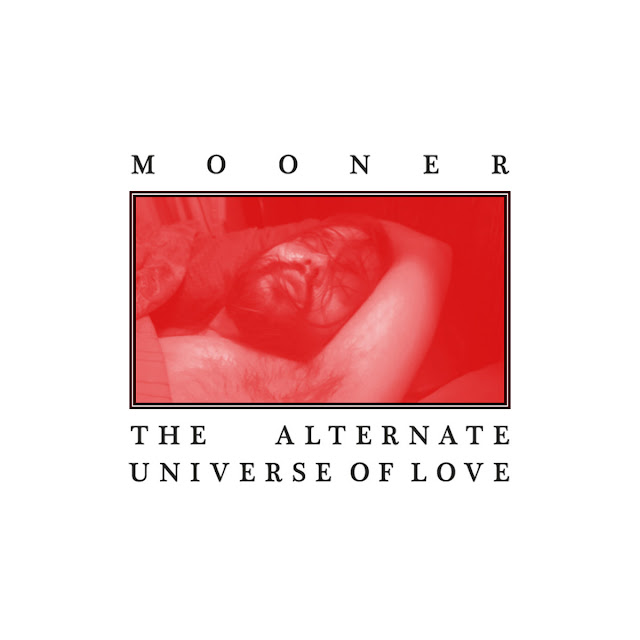 Mooner's third album is an absolute joy. The band suck you in. Essentially Indie Pop Rock, Lee Ketch's  laidback soothing vocal would easily lend itself to the Wilco brigade if it were not for the mastery and inventiveness of the songs.

The weeping Why Don't You Need Me is straight ahead and it is here that those Jeff Tweedy comparisons, and Can I Be Angry? could follow similar territory if it were not for some incendiary Guitar playing.

Happily is built around an unusual riff that just hooks you completely, then the cello zips in followed by an explosive Lead Guitar. It is about now that you realise that this is going to be no ordinary listen. Eleanor's Idea underlines this, it is a Toytown Psych wonder, completely unexpected in the first minute.

Every Single Sun has overtones of early Fleetwood Mac, all six minutes of it and Is This All I Can Do To Love You? is pure George Harrison.  I Can't Tell is classic 70's Pop Rock, think Gallagher and Lyle, whilst still having Americana Roots.

The Sky is broodingly wonderful. It is an acoustic showcase of Ketch and Lee Shields's vocals until the last two minutes of hippy spaced out feedback. Tying Mooner down is hard, but maybe the title track explains them best, a straight ahead pop song that adds unusual distractions.

I can think of few bands who could pull this off. Adding Indie uniqueness to Americana Pop Rock in a way that doesn't feel forced or too clever. The Alternate Universe To Love is an outstanding offering from a band who know how to write songs and play their instruments.

Posted by Anything Should Happen at 22:10

Email ThisBlogThis!Share to TwitterShare to FacebookShare to Pinterest
Labels: Mooner