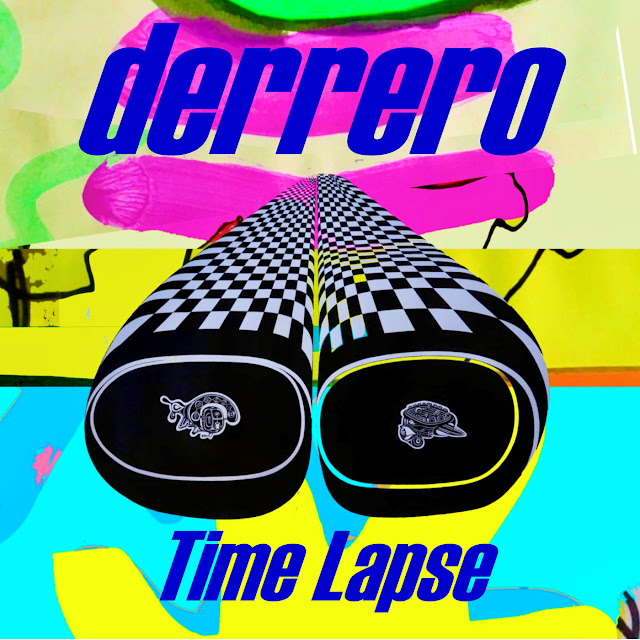 Back in those halcyon days of  Anything Should Happen, we celebrated lost bands and albums with a vengeance. There was also an indifference to Brit Pop, loving the fact that Guitar Bands were back and the live scene being revived, but irritated that it was all about Oasis, Blur and Pulp and the amount of hype.

We preferred the outer pop edges, bands like Straw, Octopus and Derrero. The latter were a revelation, intelligent pop at a time when it seemed that Welsh bands were taking over the world. So it was a major surprise to someone who thinks they know everything that the band had reformed two decades on and released a new album.

Do here it is. Sometimes you approach reformation albums with caution, but Time Lapse is far far better than anything I could have hoped for. The band has lost none of it's trademark inventiveness or variety and still have a mastery of unusual melodic hooks.

You'd probably call this Pastoral Pop, except that it never sticks to that path. Derrero are West Coast Hippies one minute and The Soft Boys the next. Listen to Flotsam & Jetsam to appreciate the variety, a wonderful slice of Psych tempered by Dream Pop interruptions.

Majoring on Chilled Melodic Pop such as Blue Mutations, Straight Time and Forecasts, yet venturing into the wonderful cacophony that is Silex. Rolling Past Vistas could be Beachwood Sparks and Feed The Flashback is three songs in one including 70's Psych Rock and good old Glam.

Lecture Tour is pure Hitchcockian while almost jazz and lounge. The stand out song though is the magnificent Gerbil Days, mixing The Small faces with a Toytown accompaniment. It had better not be 20 years to the next one, Time Lapse is an outstanding Guitar Pop album that deserves to be in everyone's home.

You can listen to and buy the album here. It is available on Vinyl and CD and the download is an absolute bargain at £3.

Posted by Anything Should Happen at 18:50

Email ThisBlogThis!Share to TwitterShare to FacebookShare to Pinterest
Labels: Derrero