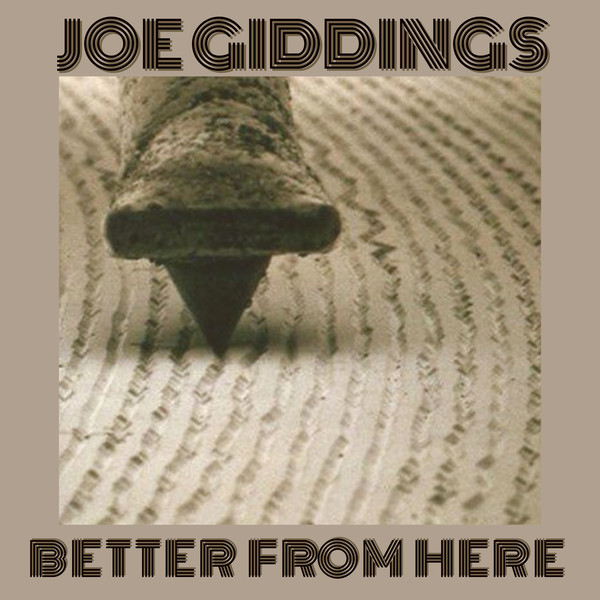 Towards the end of the Nineties, I was recommended to the Star Collector album that had just been released. I was absolutely hooked and have attentively followed Joe Giddings career ever since. Songs For The Whole Family remains one of my favourite albums ever.

The excellent Futureman Records also released a collection of Unreleased songs, Demos and Live Tracks from the same period, Collected Stars. You can listen and buy that here. However I digress with all this fanboy stuff and should return to the matter in hand.

Kool Kat have released a remastered version of Joe's splendid solo album, Better From Here and it truly sounds amazing. There's a real sound clarity that has enhanced the original release. This is Pop Rock of the highest order from start to finish.

Lately, the Power Pop fraternity seem to have lost sight of what a difference the 90's Power Pop Revival made. Popular Music had been hammered by the Dance Revival and depressed by the self absorbed Grunge. Better From Here may have been recorded two decades later, but it has the feel of everything that was good about that revival.

Big Choruses, Riffs aplenty, harmonies galore and break out Guitar Solos abound. Gone So Far is in Jellyfish territory, Rock And Roll is monster Glam Rock and Brand New Day is march along Monkees. Irrelevant is an absolute self effacing joy that romps along.

Alone But As One is the anthem, Amity Horror nods towards Weezer while not forgetting it wants to be Cheap Trick. The title track sums up everything you need to know about the album, underlining how music can make the darkest days bright. Always Raining Somewhere is another cracker with a fab Steel Guitar accompaniment.

In a righteous world, Joe Giddings would be idolised, whilst counting the cash from his million sellers. The Hype and Lowest Common Denominator choices don't allow this. These days it takes 12 people to write a song that isn't half as good as the songs on display here. Highly Recommended!

You can buy the CD from Kool Kat here. The album is also available to listen to and download on Joe's Bandcamp site here, where you can tuck in to other goodies. I've embedded three songs to listen to from here, but I could have chosen any of the 12.

Posted by Anything Should Happen at 23:53