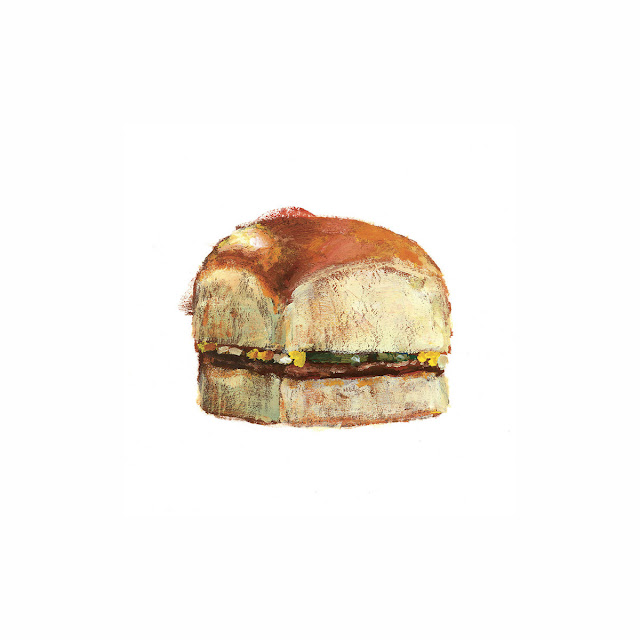 Blunt Bangs are a trio from Athens, Georgia with a history that wouldn't necessarily suggest a great Power Pop album. Reggie Youngblood made his name in the excellent Black Kids, a band more in line with Indie Pop, whilst Smokey DeRoeck is more known in Indie Circles that edge more towards College Rock in bands such as Woods and Deep State.

Joined by Cash Carter of The Cadets on Drums, the trio don't necessarily make up a Power Trio, Proper Smoker is a little lo (er) fi for that. But they have fashioned up a superb Classic Power Pop Album that has all the touch points that make it that.

These 10 songs are incredibly melodic, lead up verses, big choruses, hook laden riffs and a short lead guitar bridge. They remind me a lot of The Speedways in many ways. However they aren't content to rest on the sub 3 minute template.

The band are even more interesting when they expand the songs. Speed Reader turns into a Guitar Fest. The wonderful, Odessa, edges into much wider genres, a little bit The Knack but much deeper than them. It is very New Wave.

The switch of Vocalists works well and adds to the variety, especially on a song like Tom Ford which is a great 2 minute say what you wanna say and get off joy. Hot Potato is a splendid closer, venturing into a much harder Indie direction. You can imagine how great Blunt Bangs are in a live setting.

But it is the Power Pop that will grab a lot of IDHAS fans most. Songs like She's Gone, Decide and Moshi Mishi will delight fans of the genre. That may real some, but there is far more here than verse verse chorus verse chorus bridge. Beautifully played, Proper Smoker is an album from a band that know what they are doing and they do it so well.

Posted by Anything Should Happen at 17:32