Whelligan - In The Mean Meantime 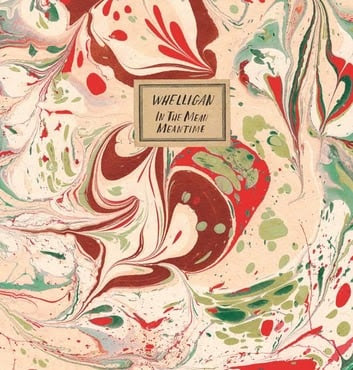 The intention was to review the Whelligan album not long after release, having done the release info here. But that post was so popular, being in the ten favourite posts on IDHAS until last week, that it made sense to hold back for a while.

Co-produced by long time I Don't Hear A Single favourite Nick Frater, In The Mean Meantime calls at every point of my own music favourites. Gentle Pastoral Psych Pop mixed with a Melodic Indie Guitar Pop that is not a million miles from Stephen Duffy.

This has been the world I've largely fell back on over the past three and a half decades. I do move around a bit, but this is the Don default. A gentleness that is interrupted by big hooks and a harmonic beauty that takes you into the world of great Pop and is almost dream like.

For instance, the magnificent Anyone Who Never Had A Heart is like Adam Faith doing Psych Pop with arrangements by Burt Bacharach. Yet Robot sounds like early Gabriel Genesis and  Believe In That is 80s Indie Pop, reminiscent of an extra cheerful Robyn Hitchcock.

Reset The Clock has a wonderful country twang as the main riff in what is essentially 60s UK Beat and Beyond The Mean Meantime is a fine slice of Prog. In Our Name emphasises the lyrical thoughts across a lot of the album. There is a real "How did it come to this" weariness that could only come from a child of the North. The arrangement here is particularly wonderful.

Rabid Hole goes all BBC Workshop in vibe, with a lyrical cheerfulness accompanying a mindful lyric. The party Dance should be on any album by The Lilac Time that you would care to choose. That is the wonder of this album, it is never ever gonna loose its grasp of melody.

Jamie Whelligan is never gonna raise his voice, mind you as an Everton supporter, he is well entitled too. He's gonna get his point across with charming splendidly arranged addictive music. Thank goodness, because too few can make a fully joined up album as this.

You can listen to and buy the album here. It is available on Vinyl, CD or as a download.

Posted by Anything Should Happen at 18:36

Email ThisBlogThis!Share to TwitterShare to FacebookShare to Pinterest
Labels: Whelligan